Baghdad (AP) — With the complete results in Iraq’s election just days away, there were signs Monday the two front runners were reaching out to other political parties, signaling the start of the jockeying to form the next ruling coalition.

None of the blocs that competed in the March 7 election will take a majority of the seats in the new, 325-member assembly, making an alliance between two or more parties inevitable. The last government took nearly six months of haggling to form.

With 95 percent of the votes counted, Prime Minister Nouri al-Maliki and his coalition are in a dead heat with former Prime Minister Ayad Allawi’s bloc and both will need to enlist other parties into any future governing alliance.

Representatives of al-Maliki’s State of Law met Sunday with his erstwhile rivals in the Iraqi National Alliance, made up of religious Shiite parties backed by Iran and with a strong base of support in Iraq’s southern belt.

Though narrowly trailing his rival by about 11,000 votes, al-Maliki’s coalition is ahead in seven of Iraq’s 18 provinces, compared to Allawi’s five. That is significant since the allocation of the parliament’s seats is based on votes counted province by province and not nationwide.

Whoever gets the most seats in parliament will get the first crack at forming a government. That allows current alliances to be redrawn, with possible splinter groups breaking off and crossing over to forge new coalitions. 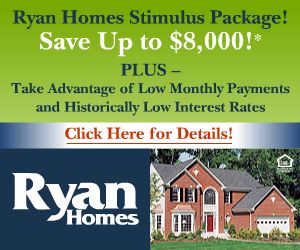 “With a race this close, all bets are off and anything is possible,” said Joost Hiltermann, an analyst at the International Crisis Group. “At this point, we just don’t know what the next government will look like.”

Allawi, a secular Shiite with strong Sunni Arab backing, traveled north on Sunday to speak with the Kurdish parties.

Both the powerful Kurdish Alliance and the INA will be bringing to the negotiating table seats from the three provinces in which they are winning, making them potential kingmakers in any future government.

The political maneuverings come on the heels of demands by Iraq’s president Sunday for a recount amid complaints of vote rigging and fraud. Although the calls were rejected by the electoral commission, an independent body appointed by parliament, they underscored a protracted election dispute that could further complicate the seating of a new government.

In Iraq’s fledgling democracy, such periods of political instability have often been accompanied by a spike in violence, as debates not settled at the negotiating table are taken to the streets.

Qusai Abdul-Wahab of the INA told The Associated Press on Monday that his bloc was examining options of “getting closer with other political parties with the aim to form the government.”

In the north, Allawi met with the top Kurdish leaders, including Massoud Barzani, president of the semiautonomous Kurdish region, and Iraq’s President Jalal Talabani.

Fuad Hussein, a spokesman for the Kurdistan regional government, wouldn’t divulge any details about the two meetings, describing them Monday as “consultative before the start of discussions in earnest once the final results are announced.”

The election commission said it would release 100 percent of the results on Friday, nearly three weeks after the election. After that, the commission reviews any additional complaints and then the Supreme Court must ratify the results, a process that could take weeks.

Government spokesman Ali al-Dabbagh, a candidate on al-Maliki’s list, defended Sunday’s call for a manual recount, saying the demand was “legal and constitutional.” He said an investigative judge was questioning witnesses about the work of the election commission.

In Baghdad, meanwhile, gunmen riding a motorcycle shot dead two municipal officials, according to the police and hospitals. Authorities said the victims were members of the local municipal council in Sadr City, an eastern Baghdad district that’s home to an estimated 2.5 million Shiites.

Elsewhere in the Iraqi capital, gunmen in a speeding car fatally shot two policemen manning a checkpoint on a road in western Baghdad, according to police.

While overall violence has dropped considerably in Iraq since 2008, government and local officials remain a prime target for insurgents or assassins working for organized crime gangs.