Why does Russian president Dmitry Medvedev always wear ill-fitting suits? Are there no competent tailors in Moscow? Am I the only person who’s noticed? I feel like I’m takin’ crazy pills. – Gregbot

Whether you need to be taking crazy pills is between you, your mental health professional, and your imaginary friend, Mr. Sebastian, The Talking Jackalope.  But as regular readers of this column know, if there’s one thing I abhor, it’s one group employing stereotypes against another to make themselves feel culturally superior. The godless, unhygienic Europeans do that. Which is why we’re better than them.

That said, perhaps you’ve heard the old saying, “Dress British, think Yiddish.” It turns on the twin stereotypes that Jews are smart, and Brits are well-tailored. This notion came from back when you could occasionally find a Brit in bespoke Savile Row haberdashery, before the bulk of the country decided to waddle around in shiny track suits, dressing like loutish, elastic-waist-banded extras from an early Guy Ritchie film.  But what you will never hear is “Think Yiddish, dress Russian,” unless black leather Russian Mafia jackets and Tolstovka shirts make a serious comeback. (And they could – if stirrup pants can have a second run, anything can.)

Generally speaking, Russians don’t have time to fuss over fashion details. When your main post-Soviet exports are making smudged-lens pornography and weapons-dealing, who really cares?  While dropping off a shipment of Kalashnikovs in Liberia or Afghanistan, do you think the natives are going to give you extra fashion points for having double-vents and working buttonholes on your suit jackets? So it’s little surprise that Medvedev, like many Russians who put on suits, looks like he’s wearing a pinstriped box.

At least, however, he wears clothes. Unlike Prime Minister Vladimir Putin, who in the last several years, has become Russia’s answer to Matthew McConaughey, refusing to be photographed with his shirt on. He does so to convey his manliness and virility, though showing off his man rack is a curious way to get that message across. Not that there’s anything wrong with Putin that a cross-your-heart bra wouldn’t fix. It both lifts and separates the moobs, for more natural curvature. 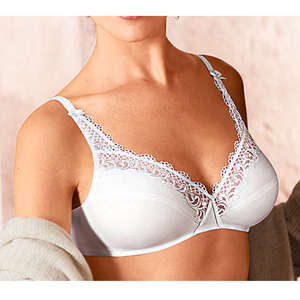 There’s been a lot of criticism of our own president, Barack Obama, since he assumed office. But say this for him:  at least when he takes his shirt off, which he rarely does, he gives the American people something they can be proud of – a president with A-cups. 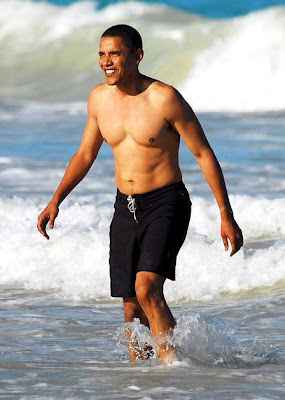 Matt, is your outstanding book driving folks on the wrong side of common sense absolutely crazy? Are you getting terrific fodder for your next book from their jacked-up hate mail? I’ve given your book to every smart person I know (who gets irony). – Elaine

You’re very kind, and you’re referring of course to my blockbuster smash, Who Moved My Cheese? The reaction from readers has been overwhelmingly positive. The critics haven’t been quite as generous, because with their own cheese being moved, with newspapers closing and their whole way of life disappearing, they are clearly threatened by my change-parables.

But what is a critic? I’ll tell you. He is a fat man (or woman) with a dowager’s hump in a corduroy jacket, blowing spit balls at everyone who does the things that he can’t.  He is yesterday’s news. Whereas, I am today’s news, tomorrow. Meaning that you might be reading me now, but the magnitude of what I say will take a full day to sink in. So do I remember what the critics say? I’m sorry, who were we talking about again?

Though as much as I dislike critics, I love cheese. And if I find out that any of them moved mine, I’m going to kick the corduroyed crap out of them.
You never really answered the question why Tucker Carlson shouldn’t run for President in 2012. He should! I think you know he should, too. Why not list the reasons why he should go for it? He’s a much better candidate than Mitt Romney. Let’s make it happen! –  Dot

Alright, I’ll bite. While Tucker is one of my oldest friends, the last time a reader mentioned him running for president, I listed all the reasons why he’s not viable: the chronic bedwetting, naming his only son “Jermajesty,” disappearing for months at a time to follow his favorite hair band Winger across the country. Not to mention his hatred of babies, minorities, and particularly minority babies.

But why not see the glass half full? Upon further examination, I happen to believe that Tucker would indeed make an excellent president. An American president should first and foremost be committed to a strong national defense, and Tucker owns more guns than any man I know. Since most of them are unregistered, it’ll keep our enemies guessing. War-wise, Tucker believes that we should fight the terrorists in Kansas City so that we don’t have to fight them in Kandahar, thus giving us a much needed home-field advantage. He believes in tax credits for smokers, who will take the burden off our Social Security and Medicare systems by dying young, and he’d support mandatory smoking in elementary school on the theory that if you can get children addicted to cigarettes by fourth grade, they’ll likely contract lung cancer before they ever draw a dime of entitlement money. (Hello, budget surplus.) While a law-and-order conservative, Tucker doesn’t believe in capital punishment – except for those he hates. And he hates a lot of people, so ritual executions could help revitalize Rust Belt towns where unemployed manufacturing workers could be retrained as lethal injectionists. Unlike some presidents I could mention, if elected, Tucker would have a press conference every two weeks, even if he’ll only take questions from Daily Caller, Field & Stream, and Fly Rod & Reel reporters. He would also put an addition on the big tent, reaching out to historically hostile constituencies such as young, liberal women, with his campaign slogan, “As long as I have a face, you’ll have a seat at the table.”  Lastly, he will heal old rivalries, like the one between Herbert-Hoover lovers and cat-haters, with his kitten-in-every-pot economic recovery plan.

So I hereby formally launch a Draft Tucker Carlson for President campaign. The question isn’t how can we elect him? It’s how can we afford not to?

Matt Labash is a senior writer with the Weekly Standard magazine. His book, “Fly Fishing With Darth Vader: And Other Adventures with Evangelical Wrestlers, Political Hitmen, and Jewish Cowboys,” was publish this spring by Simon and Schuster. Have a question for Matt Labash? Submit it here.

1
Philadelphia Gun Shop Owner Shoots, Kills Looter Who Broke Into Store With Group
US
2
'Mommy And Daddy' Escort 'Antifa Kid' Suspected Of Kicking Off Riot To Turn Himself In
US
3
'If I Didn't Have A Primary I Wouldn't Care': Dem Congressman Caught On Hot Mic At Press Conference
Politics
4
Looters Argue With Armed Store Owners 'About Why They Can't Break In' On Live TV
US
5
Retired St. Louis Police Captain Found Shot Dead Outside Looted Store, Remembered As A 'True Public Servant'
US