If book tours are supposed to be promotional, someone should tell Hillary Clinton she’s doing it wrong.

The former First Lady stuck her foot in her mouth once again on the topic of her massive wealth in an interview with The Guardian, published Saturday.

When asked how — if she decides to run for president in 2016 — she expects to have credibility among voters on the topic of inequality in the U.S. if she herself is part of the problem, Clinton drew a line between her own massive wealth and that of other wealthy people.

“But they don’t see me as part of the problem,” she said, “because we pay ordinary income tax, unlike a lot of people who are truly well off, not to name names; and we’ve done it through dint of hard work.” 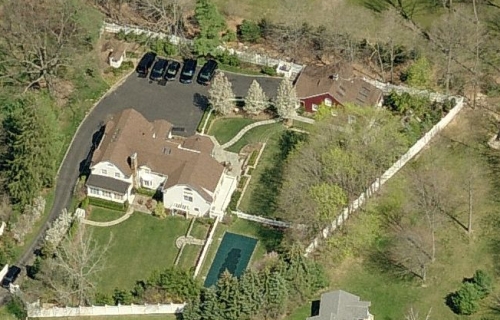 Many Americans would likely classify Clinton and husband Bill as “truly well off.”

The couple have generated an estimated fortune of between $100 million and $200 million since they left the White House in 2001.

Most of that has come from a lucrative speech-making career at which Hillary earns an estimated $200,000 per gig. According to Business Insider, Bill has brought in $100 million on his own from giving speeches.

While the couple may pay the highest marginal tax rate on their normal income, they reportedly still uses loopholes designed for the uber wealthy.

Bloomberg News reported last week that the power couple created residence trusts in 2010 in order to lower the estate taxes that will be paid upon their deaths.

That is despite both Bill and Hillary saying that they support higher estate taxes, which critics have called the “death tax.”

This is not the first time Clinton has downplayed her financial situation while promoting her latest memoir, “Hard Choices,” for which Clinton earned an advance estimated to be between $8 million and $14 million.

In an interview a day before the book’s release, Clinton told ABC’s Diane Sawyer that she and Bill were “dead broke” following their time in the White House.

“We came out of the White House not only dead broke, but in debt,” Clinton said in the interview, citing legal bills the couple racked up while in office. (RELATED: Hillary Says She And Bill Were ‘Dead Broke’ After White House)

“We had no money when we got there, and we struggled to, you know, piece together the resources for mortgages, for houses, for Chelsea’s education,” said Clinton.

Clinton did not draw much sympathy for her plight. She drew fire for being out of touch with most Americans by implying that a couple with more than one house could claim to be in poverty.

Clinton’s interview with The Guardian contained another possible slip, which the interviewer wondered might be the news scoop of the year.

Asked about her grandchild (her daughter Chelsea is due in the fall) Clinton said that she hopes the child will be “optimistic, positive, can-do.”

The interviewer pounced on the mention of gender.

“Him or her,” the interviewer corrected.

“Or her,” Clinton agreed.

The interviewer wondered if Clinton had accidentally revealed the baby’s gender.

“No I haven’t, I really haven’t,” she insists. “No, I honestly haven’t. I’m just using the usual pronoun.”