A Bosnian woman living in St. Louis who claimed she was attacked by three black teenagers because of her nationality is being charged with filing a false police report after video surveillance shows she made it all up.

Seherzada Dzanic, a 26-year-old Bosnian immigrant, claimed she was attacked on Dec. 5 in the Bevo Mill neighborhood — a Bosnian section of St. Louis.

Dzanic told police that at around 5:25 a.m., three black men in their late teens or early 20s attacked her while she was in her car. She said that one of the men pulled a gun on her and then pulled her out of the vehicle before throwing her to the ground, kicking her and stealing from her purse.

A passing motorist found Dzanic lying in the street.

When police arrived on the scene, Dzanic declined medical attention and said she had blacked out during the attack.

But according to the St. Louis Post-Dispatch, surveillance video contained in court records showed Dzanic merely getting out of her car on the night in question and lying in the middle of the road.

She admitted making up the story, claiming that she suffers from “emotional issues.” 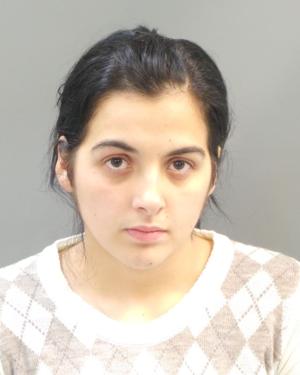 Dzanic’s claim came five days after a Bosnian man named Zemir Begic was beaten to death with a hammer by several black and Hispanic teenagers.

Many believed that the hammer attack was motivated by race, though police have denied that Begic was the victim of a hate crime.

“It doesn’t help the current climate when people use race as the basis to report crime; it further divides our community,” St. Louis police chief Sam Dotson said, according to the Post-Dispatch.

Filing a false police report is a misdemeanor.