Those who don’t learn from history are doomed to repeat it.

This famous phrase — popularized by the works of philosopher George Santayana — is perfectly illustrated by the growing trend of random guys challenging mixed martial artists to fights.

Like the thousands of one-sided beat downs preceding it, the latest example — featuring former UFC fighter Josh Neer and an Internet heckler named Patrick Martin — quickly goes south for one of the combatants.

SPOILER ALERT: it isn’t the guy who’s a professional fighter.

Neer caught up with The Bloody Elbow to give that ass-kicking fiesta a little back-story:

Basically the guys a dumbass and been talking shit about MMA fighters for a month. On and on, I usually ignore him but this Saturday he wrote me on Facebook the message i gave. He had written 10 messages to me talking shit which I ignored, but this time I said if you really want to fight come to the gym Monday at 5:30.

I don’t know what his problem is but he’s a big guy, like 6-6 and 270 pounds and just acts like a bully. That what he seems like to me, just a bully.

He showed up at 6:10, 40 mins into my practice. And then I asked him if he wanted to fight Rakim or me and Rakim is bigger then me so of course he chose me.

Neer even supplied some of the private messages that led up to the fight. 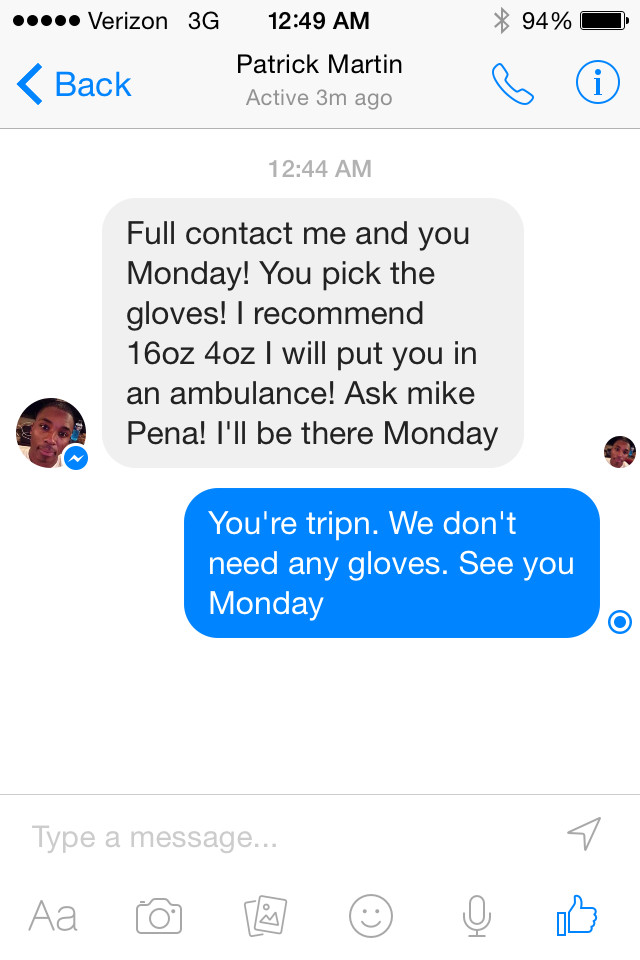 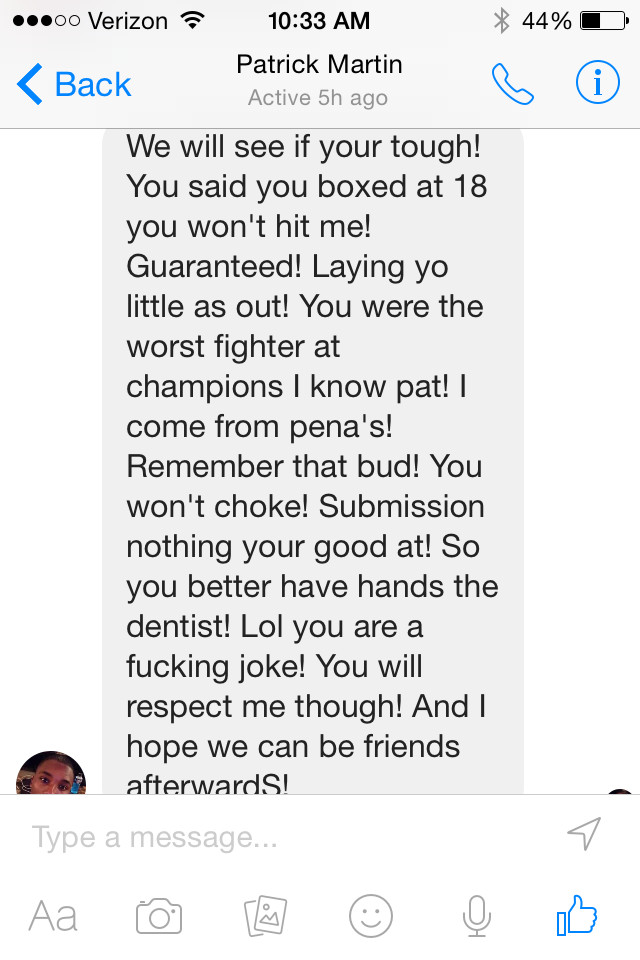 Martin before the fight:

Martin after the fight: