Facebook has censored a fundraising appeal for a Christian movie because the social media company says that the ad degrades people.

Producers of the forthcoming independent film “I Am A Christian” are attempting to raise $500,000 in production costs online. The film, set to star “Clueless” actor Stacey Dash and “Hercules” star Kevin Sorbo, will tell the story of Meriam Ibrahim, a woman arrested in the Sudan last year for converting to Christianity.

Their campaign has raised just over $2,000 so far on indiegogo.com.

But when producers tried to promote their fundraising effort on Facebook, their ad was rejected. 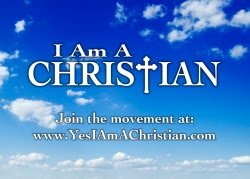 “Your ad wasn’t approved because it doesn’t follow Facebook’s Advertising Guidelines for language that is profane, vulgar, threatening or generates high negative feedback,” Facebook wrote to producers of the film. “Ads can’t use language that insults, harasses or demeans people, or addresses their age, gender, name, race, physical condition or sexual preference.”

“I was shocked,” one of the film’s producers said in a statement provided to The Daily Caller. “I certainly didn’t see anything profane, vulgar, or threatening in our ad. I gave Facebook the benefit of the doubt; I assumed that this was a mistake on their part and that I had received an automatic reply that didn’t fit this situation.”

“Your ad wasn’t approved because it doesn’t follow our language policies,” Frank of the Facebook Ads Team wrote back to the producers. “We’ve found that people dislike ads that directly address them or their personal characteristics such as religion.”

“Ads should not single out individuals or degrade people. We don’t accept language like ‘Are you fat?’ ‘Wanna join me?’ and the like. Instead, text must present realistic and accurate information in a neutral or positive way and should not have any direct attribution to people,” Frank wrote.