Violent riots — protesting the death of Freddie Gray — not only tore up the city of Baltimore back in April, but also wreaked havoc on the Orioles’ home schedule.

Rioters had forced the team to both postpone match-ups and — for the first time in MLB history — play a game in front of an empty stadium. On Monday, the team played host to Toronto in its first game back in front of a home crowd. (RELATED: Orioles, White Sox Have Fun Mocking “Fan-less” Camden Yards)

In a sign of city-wide solidarity, manager Buck Showalter’s club wore special uniforms with “Baltimore” — as opposed to the usual “Orioles” — written on the chest, but it doesn’t look like all the Baltimore fans shared that same sentiment. 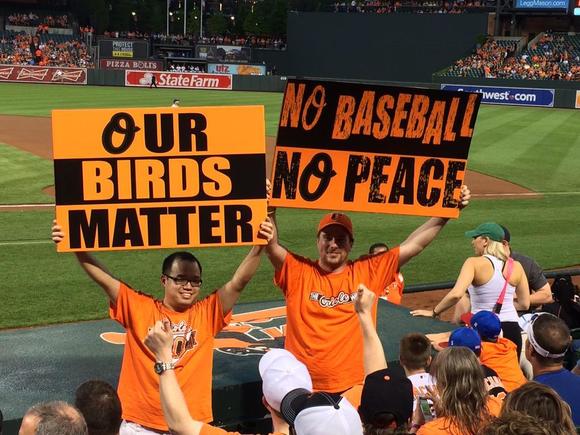 Bolstered by seven strong innings from Ubaldo Jimenez, the O’s would go on to beat the Blue Jays by a score of 5-2.