After bringing America it’s first World Cup Title since 1999, our nation’s finest has been celebrated with ticker-tape-parades and personal calls from President Obama, but the squad hit a new personal best when they joined the unofficial “Queen of 2015,” Taylor Swift, on stage at her New Jersey concert over the weekend. 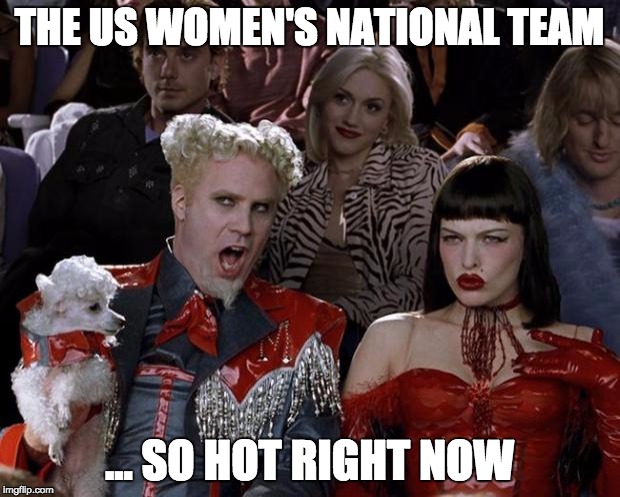 T-Swizzy and winning championships: two things that never go out of style.