Lina Allan — a Michigan Muslim woman — has come under fire after posting a video encouraging Palestinians to stab Jews.

In the video, Allan asks, “is the stabbing of Jews haram [prohibited in Islam]?” reports the Middle East Media Research Institute.

“Some people have commented on the Palestinians’ stabbing of Jews, by saying that it is haram, that it is prohibited,” Allan continues.

Secondly, everything that has happened in Palestine — the occupation, the massacres, the barbarity, the slaughter — is fine by you? Or in other words, it is “halal”?

Or have we gotten so used to seeing Palestinian blood that when we see it on TV, we view it as stats, not as human beings? For about 70 years, the Palestinians have been dying in their thousands, but we have not heard anyone saying it isharam. The Arab governments, God bless them, would “condemn,” “disapprove,” or “feel concern.” So people, anyone who insists on saying these stupid things is welcome to do so, but don’t tell us what’s halal and what’s haram.

Thirdly, let’s assume that it is haram for a Palestinian to stab a Jew in order to put the pressure on the Israeli-Zionist entity. Even if you think that it’s haram, they want to do it. Will you be held accountable on their behalf?! If so, let me know and we will discuss this further. The people who say that these stabbings are haram are trying to give the impression that they are sensitive, delicate people, and to create a [singer] Tamer Hosny-style, human-rights atmosphere. Let me tell you that at best, you are representing animal rights – not human rights, but at best, animal rights. Let me tell you, even animals would not object to this if they could talk. [sic] 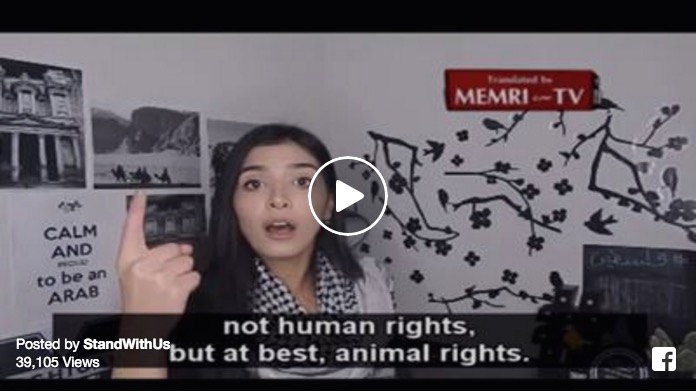