Quentin Tarantino believes the Confederate flag is America’s version of the swastika.

During an interview with the Telegraph about his latest film “The Hateful Eight,” the director said it was “about damn time” people began questioning the Confederate flag.

“All of a sudden, people started talking about the Confederacy in America in a way they haven’t before,” Tarantino said “I mean, I’ve always felt the Rebel flag was some American Swastika.” 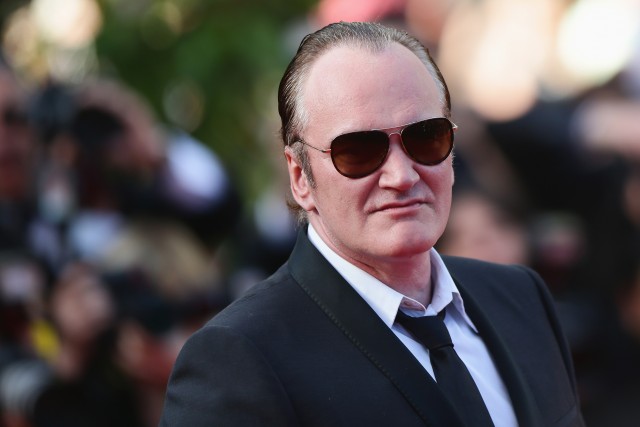 “And people are starting to question about stuff like statues of Bedford Forrest in parks. Well, it’s about damn time, if you ask me.” (RELATED: Quentin Tarantino: ‘Obama Is Fantastic’)

“The Hateful Eight” is about the aftermath of the Civil War, and Tarantino said what happened in Ferguson and Charleston made it “more relevant than we ever could have imagined.”

“I knew I was going to deal with the Civil War. But I didn’t know it would end up being so serious when it came to that issue,” Tarantino said. (RELATED: Quentin Tarantino Backtracks: ‘All Cops Are Not Murderers’)

“I was realizing when I was watching it about [seven] weeks ago that this could almost be a post-apocalyptic movie, to some degree or another. It’s like this frozen wasteland, and the apocalypse has destroyed every semblance of their society and their way of life, and these survivors are huddled together in this pitiless wasteland shelter.”

“And suddenly they’re all blaming each other for the apocalypse, but the apocalypse is the Civil War.” (RELATED: Quentin Tarantino Calls Cops ‘Murderers’ At Anti-Police Rally)