The Philadelphia 76ers are one of the most embarrassing franchises in all of pro sports.

Philly has been shamelessly tanking for the past several years — totaling a 41-160 record across the past two-and-a-half seasons — but one 76ers player’s dad thinks there’s another explanation for the team’s abysmal play. 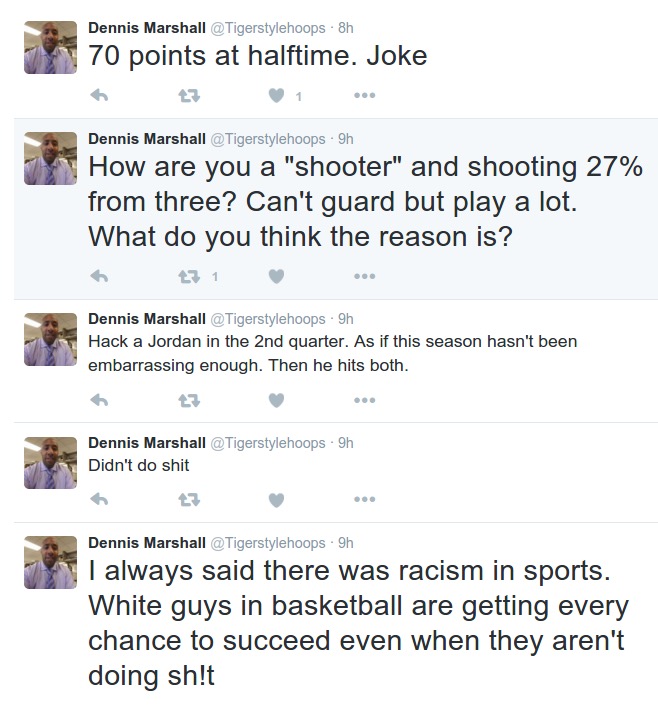 According to Deadspin, Marshall has since apologized for his comments and deleted his Twitter.