A veteran’s final Facebook post has gone viral after he was killed by a drunk driver on New Year’s Eve.

Matthew DeRemer — a 31-year-old former Marine — was riding his motorcycle in Largo, Florida, when he was struck by 59-year-old Steven Lee Clarke, only hours after reflecting back on everything that happened to him in 2015. 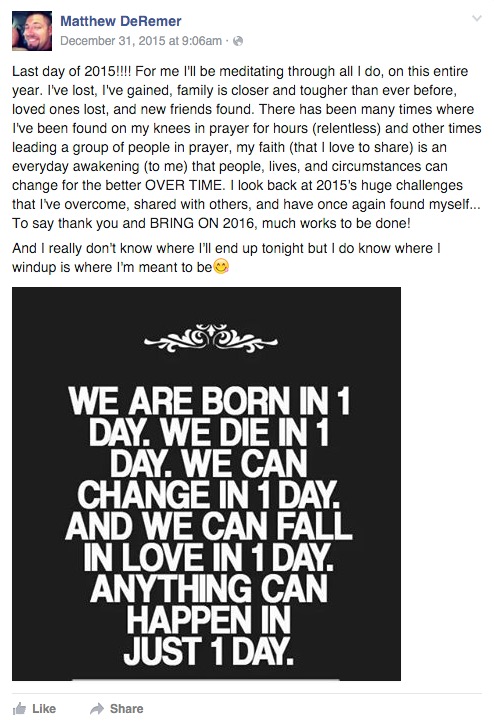 According to Fox News, DeRemer had just gotten a new job in the medical field.

Prayers to the DeRemer family.