According to the latest Pew Research poll, the Republican Party leads the Democratic Party when it comes to who could do a better job regarding terrorism, gun control, the economy, and immigration.

In a survey conducted from December 8-13, 2015, Democrats only lead the Republicans when it comes to climate change and the environment.

On climate change, the Democratic Party leads the Republican Party 46 percent to 32 percent and 53 percent to 30 percent on the environment.

By gender, on the issue of gun control, men say the GOP “better reflects” their views on gun control 46 percent to 34 percent. For both Democrat and Republican women, opinions are identical at 40 percent.

However, according to a December 2015 Gallup poll on what the most important problem facing America is today, 21 percent of respondents say economic problems, 16 percent say terrorism, seven percent say guns/gun control, and five percent say immigration.

According to the same Gallup poll, only three percent of Americans say the environment is “the most important problem” facing the country. 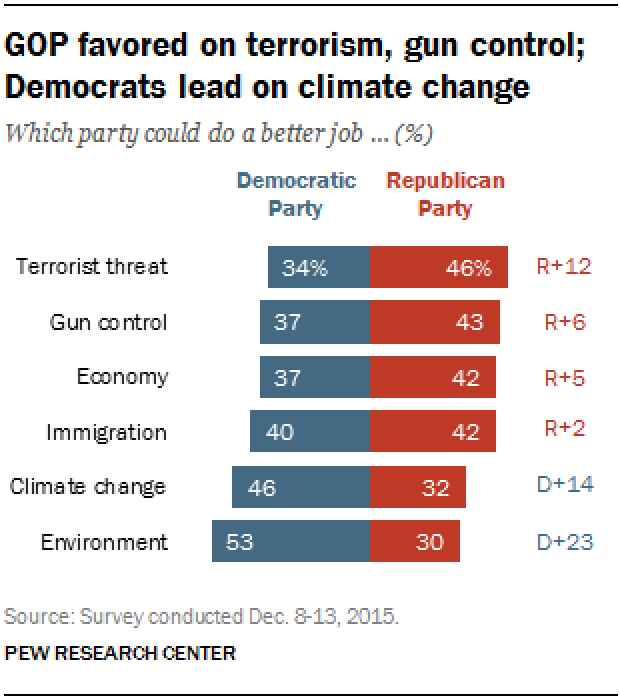