Cher believes whoever is responsible for the Flint water crisis should be put in jail or shot by a firing squad.

In a series of tweets on Tuesday, the 69-year-old singer said Michigan Gov. Rick Snyder was a “murderer” because “he made the decision to give people poison water.”

“Firing squad works for me,” she wrote.

Snyder declared a state of emergency on Tuesday, the same day the U.S. Attorney’s Office said an investigation into the city’s drinking water was underway. 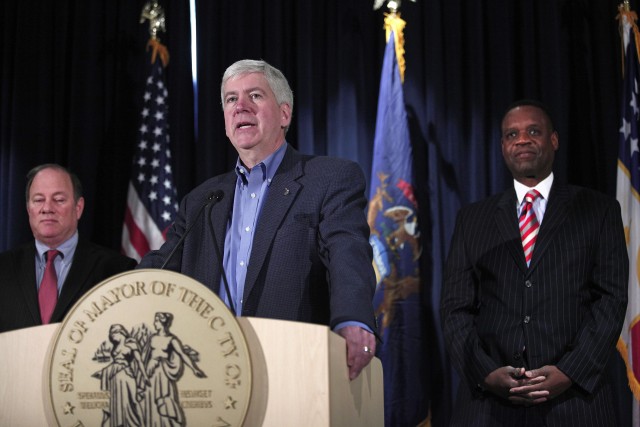 The water in Flint and Genesee County became contaminated in 2014 because of a cost-cutting maneuver by a state official who decided to switch the city’s water source from Lake Huron to the Flint River.

Children were later found to have elevated levels of lead after drinking the water and the city has since requested $50 million in aid. (RELATED: Here’s Why You Haven’t Really Seen Melania Trump On The Campaign Trail)