Previously, we have spoken mostly of tactics, techniques, and concepts associated with armed self-reliance, and the defense of businesses, churches, and communities, within the framework of rights and the law.  This discussion will be a little different – because in most places in America, there is a significant hurdle of law and perception to be overcome before we can get down to specifics of “how” to protect our schools.

For most of American history, citizen carry of firearms was remarkably unregulated.  Through much of the 20th Century, firearms in schools were unregulated – and even used in curricular and extracurricular marksmanship training – without commotion or incident.  The federal government understood this was outside its purview, the States did not regulate the practice, and whatever laws governed carry of firearms in any public place applied equally to schools.  According to the logic of modern hoplophobes it’s amazing that hallways were not awash in blood everywhere.

All this changed in 1990. In a breathtaking exercise of federal overreach, Congress passed and President George H. W. Bush signed the Gun Free School Zones Act (GFSZA) of 1990.  As amended in 1995 under President Clinton, it remains in effect today, prohibiting the mere possession of a firearm within 1000 feet of any school in America. 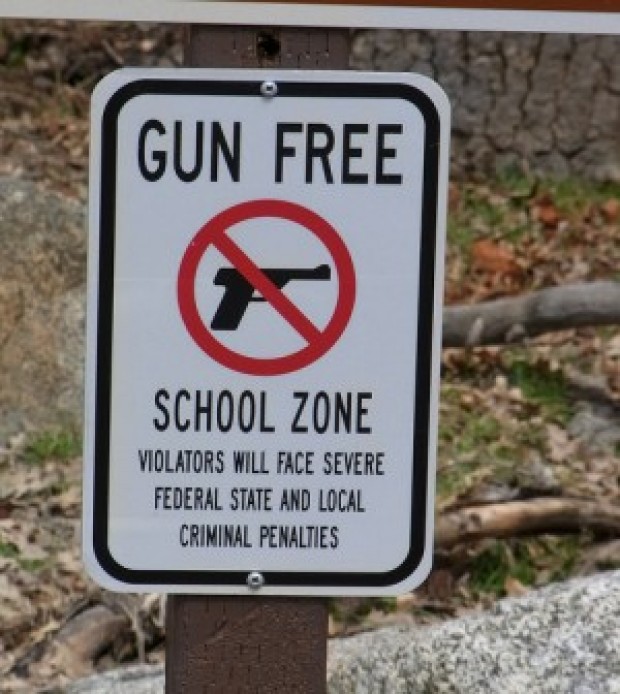 Since people with ill intent do not comply with such laws, the result has been that active shooters of any sort are usually the only people armed in a school.  Many unnecessary deaths and injuries have been caused by our self-imposed inability as a society to protect the helpless from this sort of evil.

There are several exceptions spelled out in the GFSZA.  The most significant is for possession by any person licensed by the State.  Concealed firearms/concealed carry permits issued by the state constitute a license, if state law explicitly authorizes permittees to carry on school property.  Note that unlicensed carry – such as “Constitutional carry” without a State-issued permit – does not qualify for this exception.

If you watched the reports of the San Bernardino terrorism investigation and noted the extensive collection of school photographs on Syed Farook’s computer, if you know how common school attacks have been in the repertoire of Islamic jihadists outside the United States, or if you cognizant of the history of active shooter incidents in American schools then you are rightly concerned about school security.

The first question you must address, then, is primarily a political one.  Does your state authorize permitted concealed carry by citizens on school property?  Several states do, for example Utah, which has allowed every permittee to carry on every K-12 and college campus in the state for 16 years, during which time – surprise! – no one has been shot.  If your state does not explicitly authorize this exception to the GFSZA, get to work on your legislators.  In many places, this will be a hard, long, uphill fight.

Politics aside, “How we can protect our schools” boils down to this – if a potential attacker knows that at any time, in any school, there may be an unknown number of people legally carrying a firearm, most will be deterred from ever acting.  If they are not deterred, armed defenders on site will give our children and their educators a fighting chance of survival. 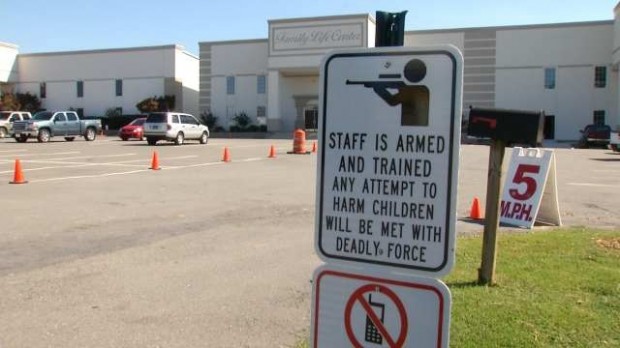 If your state does not allow concealed carry in schools by citizens with permits, there are other, less optimal avenues that may be explored:

Whoever is legally armed in your school, there are certain universal baseline requirements.  A firearm is not a talisman; it is only a tool.  Any armed defender should:

Defenders who can meet these standards will deter most potential attackers by their mere presence.  They will have a strong chance of defeating any attacker who is not deterred, or at the very least will delay him or disrupt his plans, enabling more potential victims to escape, and buying time for first responders to arrive.  This will require a high level of moral and physical courage, but what more worthy cause is there than protection of our school children?

For more detailed discussion of these steps, click here to sign up for a free online webinar with Pulse.

Please welcome the team at Pulse O2DA Firearms Training to the Daily Caller. This series will appear every Saturday. Over the next 10 weeks we will cover:

1. The New Normal in Personal and Collective Security
2. The New Threat and Response Paradigm
3. Self-Reliance Is The Key To Security
4. How Individuals Can Protect Life And Property
5. The Synergy of the Team
6. How Businesses and Churches Can Provide Their Own Security
7. How We Can Protect Our Schools
8. How Neighbors Can Protect Their Community
9. Foundations and First Steps
10. Converting Fear And Loathing Into Hope And Empowerment

Bill Tallen is Vice President – Tactical Operations at Pulse O2DA Firearms Training, Inc. Prior to joining the enterprise he had a 20 year career with the Department of Energy, where he served as a Federal Agent, team leader, unit commander, training instructor, and manager in the agency which provides secure transportation of nuclear weapons and nuclear materials within CONUS. He helped to found DOE’s Special Response Force program, developing and teaching urban and close quarter battle techniques to Federal Agents charged with recovery of lost assets. Bill holds the degree of Master of Arts in National Security and Strategic Studies from the U.S. Naval War College. Email him directly at militaris(at)pulsefirearmstraining.com
–
Pulse is a tremendous resource for firearms and battle training for individuals to teams.
Click here to visit their site and check out this organization.