Ricky Gervais opened up the Golden Globes with a joke about Caitlyn Jenner.

The 54-year-old actor began his monologue by telling the audience to “shut up” so he could criticize Sean Penn for conducting an interview with the notorious drug lord El Chapo.

Then he moved on to Jenner.

“I’ve changed,” he added. “Not as much as Bruce Jenner, obviously.” (RELATED: Magazine Lauds Caitlyn Jenner As ‘Most Famous Transgender In The World’) 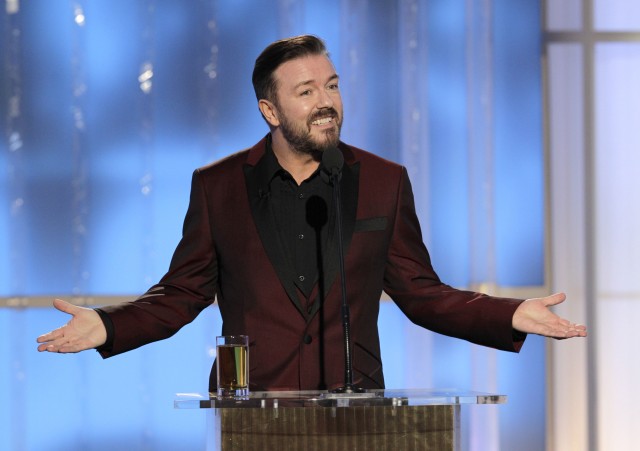 “Now Caitlyn Jenner, of course. What a year she’s had. She became a role model for trans people everywhere, showing great bravery in breaking down barriers and destroying stereotypes. She didn’t do a lot for women drivers, but you can’t do everything.”

Many criticized Gervais for his “horrifically offensive” joke. (RELATED: Caitlyn Jenner Named ‘Woman Of The Year’)

Ricky Gervais is as edgy as your friend who laughs at his own Cards Against Humanity plays. #GoldenGlobes

when cate was laughing about that Caitlyn Jenner driving joke :/ fam