Hillary Clinton is never mentioned in the new film about the Benghazi attack.

Michael Bay directed “13 Hours: The Secret Soldiers of Benghazi,” the movie centered around the September 2012 attack on the U.S. diplomatic mission in Benghazi, Libya, that left Chris Stevens and Sean Smith dead.

According to a review by the New York Times, Clinton is not portrayed in the film and never even mentioned. 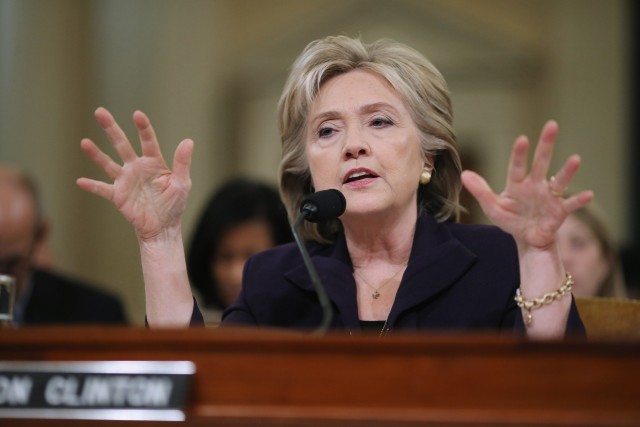 “Hillary Clinton, who was secretary of state when the attack took place — and who has been harshly criticized by Republicans who have tried to tie the attack to what they contend was her mismanagement — is never mentioned,” the Times writes.

“President Obama is only a fleeting voice in ’13 Hours.’ (Mr. Bay’s mother, whom he said is a close observer of national politics, urged him not to do the film at all.)”

“Not every detail is clinically correct,” the Times adds.

In October, Clinton testified for 11 hours before the House Benghazi Committee to decide whether the department could have prevented the two deaths and why Susan Rice initially told the media the attack was spontaneous and not premeditated. (RELATED: The CIA Met With Michael Bay. You Might Go Nuts When You See Why.)