President Barack Obama will deliver his last State of the Union address Tuesday evening, and members of both parties have invited polarizing guests.

Democratic invitees push the administration’s Syrian refugee program, gay rights and the Black Lives Matter movement; Republicans are bringing Christians fighting Obamacare and gay marriage and a blue-collar laborer who lost his job due to the president’s policies.

Here’s a look at some of the most talked-about guests poised to attend the annual speech: 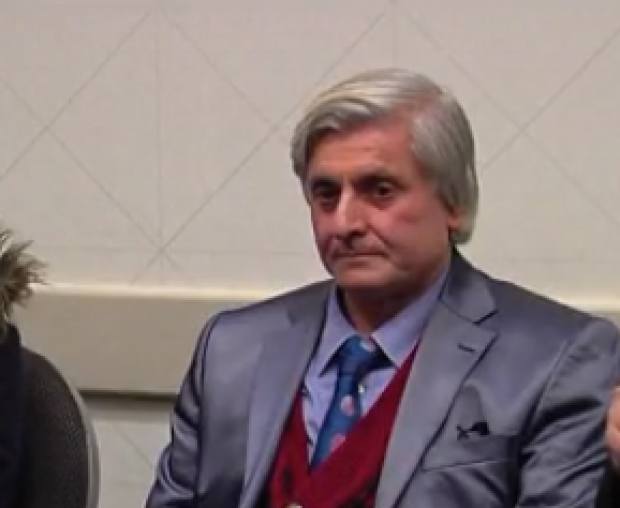 First lady Michelle Obama invited 55-year-old Syrian refugee Refaai Hamo. Hamo gained media attention after his story was featured on the Humans of New York blog. Obama’s push to allow 10,000 Syrian refugees to settle in the country has been highly criticized by Republicans who fear allowing the influx of unvetted refugees will put the United States at greater risk of terror attacks.

Honored to be joining my congressperson, a consistent advocate against war and militarism, and 4 Black liberation.

Democrat Rep. Barbara Lee invited co-founder of the Black Lives Matter movement Alicia Garza as her guest for the evening. Critics say Black Lives Matter has increased anti-police radicalism among protesters. FBI Director James Comey said in October he believes several major cities has seem an increase in violent crime due to law enforcement officials fearing they will be accused of a crime while trying to perform their jobs. 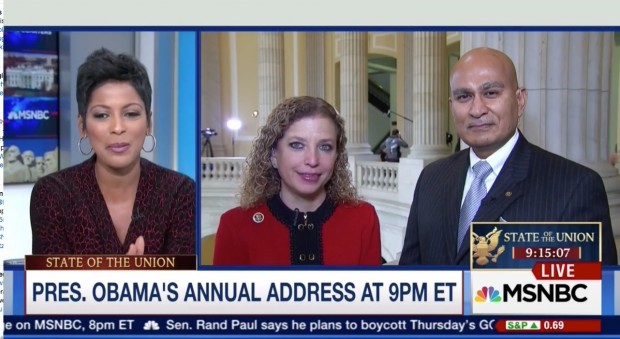 “He’s a constituent of mine and a friend and so in my capacity as a member of the U.S. House, I extended the invitation and I did so because I’ve been appalled as so many of my constituents have been appalled at the vitriol and the hatred and the appalling reaction of some towards Muslims and Muslim Americans and I felt for me as a member of a minority religion myself, a religion, Judaism, that has been persecuted throughout our existence,” she said during an appearance on MSNBC Tuesday. 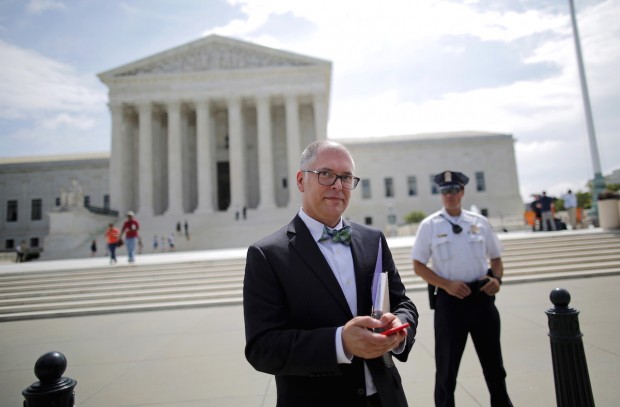 Jim Obergefell, the plaintiff in the Supreme Court case that led the the national legalization of gay marriage, will be seated alongside Michelle Obama. Obergefell sued Ohio for not recognizing his marriage, which was officiated in Maryland, to his late husband John.

Little Sisters of the Poor

Sister Chantal Peyton of the Little Sisters of the Poor, in Newark, Delaware, uses a pair of binoculars to look at the stadium before Pope Benedict XVI conducts Mass in Washington Nationals Park during his visit to the United States, April 17, 2008. REUTERS/Larry Downing

“The government exempts large corporations, small businesses, and other religious ministries from what they are imposing on us – we just want to keep serving the elderly poor as we have always done for 175 years,” the sisters said in a statement.

Kim Davis, the Kentucky clerk jailed for refusing to issue marriage licenses to same-sex couples, was invited by an anonymous member of Congress, the Washington Examiner reports. Obergefell wrote a letter with the ACLU coming out against Davis in September.

Howard Abshire, a 4th-generation #coal miner of Pike County, #Kentucky will be my guest for the #SOTU. https://t.co/GLWYjeqxLR — Leader McConnell (@SenateMajLdr) January 11, 2016

“He has spent most of his life working in underground mines to help power our nation; however, the President’s war on coal has devastated coal country and unfortunately contributed to the loss of thousands of jobs in Kentucky, one of which was Howard’s,” the Kentucky Republican said.