Rudy Giuliani used to be a big Quentin Tarantino fan, but not anymore.

After Tarantino fired up an anti-cop rally in New York when he called police “murderers,” the former mayor of New York City said he’ll never see one of Tarantino’s movies again.

“Fuck him,” Giuliani said when asked who he would nominate for an Oscar. (RELATED: Quentin Tarantino Calls Cops ‘Murderers’ At Anti-Police Rally) 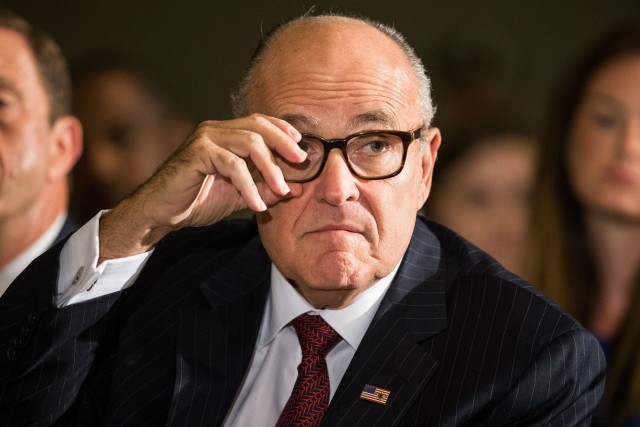 “If he were standing here right now I would kick him in the balls. I will never see another Quentin Tarantino film. And I like his movies.”

Instead, Giuliani said he would chose another film to nominate.

“I thought ‘Black Mass’ was great,” he added. “Halfway through the film I didn’t recognize Johnny Depp. If he won, it wouldn’t surprise me. But I think Leonardo DiCaprio will win for ‘The Revenant.'” (RELATED: Quentin Tarantino Angers More Cops With ‘Murderers’ Comment)