New England Patriots linebacker Darius Fleming had two tackles in last Saturday’s playoff victory over the Kansas City Chiefs, but he made an even bigger play two days prior.

According to St. Rita High School in Chicago — Fleming’s alma mater — the 26 year old saved a woman from a burning car by kicking out the windshield and dragging her to safety. 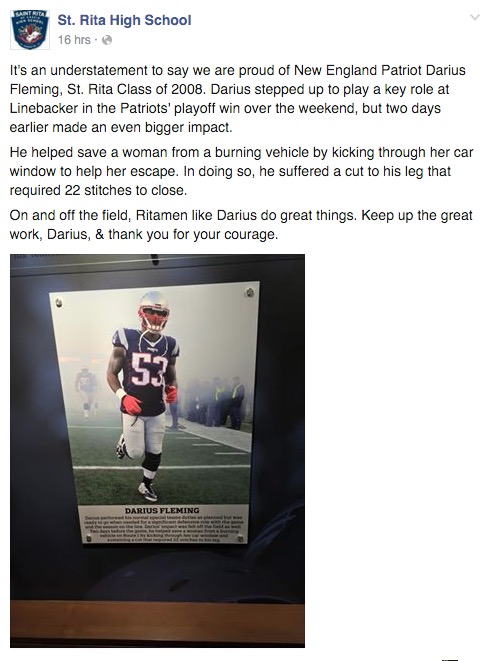 Just in a day's work for @dfleming58. Hero's work. pic.twitter.com/eDPFn5Gvig

“I think it represents [Fleming’s] character,” fellow linebacker Rob Ninkovich told CBS. “He’s a great person and anyone in a situation where someone’s life could be in danger, you have to act on it and not just watch. He acted, did what he had to do, and it’s definitely someone you want in a situation like that, kicking through windows and taking stitches. It’s great what he did.”