Breitbart News reprinted a portion of the column under the headline “‘Free Beacon’ Founder: Trump is the Politics of ‘Fear, Paranoia, Nativism.'”

The column, which criticizes Trump for using the politics of “fear, paranoia, and nativism,” was actually written by a different Michael Goldfarb. Goldfarb, the columnist, is an author and NPR personality whose published works include “Emancipation: How Liberating Europe’s Jews From The Ghetto Led To Revolution And Renaissance” and “Ahmad’s War, Ahmad’s Peace: Surviving Under Sadam, Dying in the New Iraq.”

Free Beacon founder Michael Goldfarb did not immediately respond to TheDC’s request for comment of the situation. 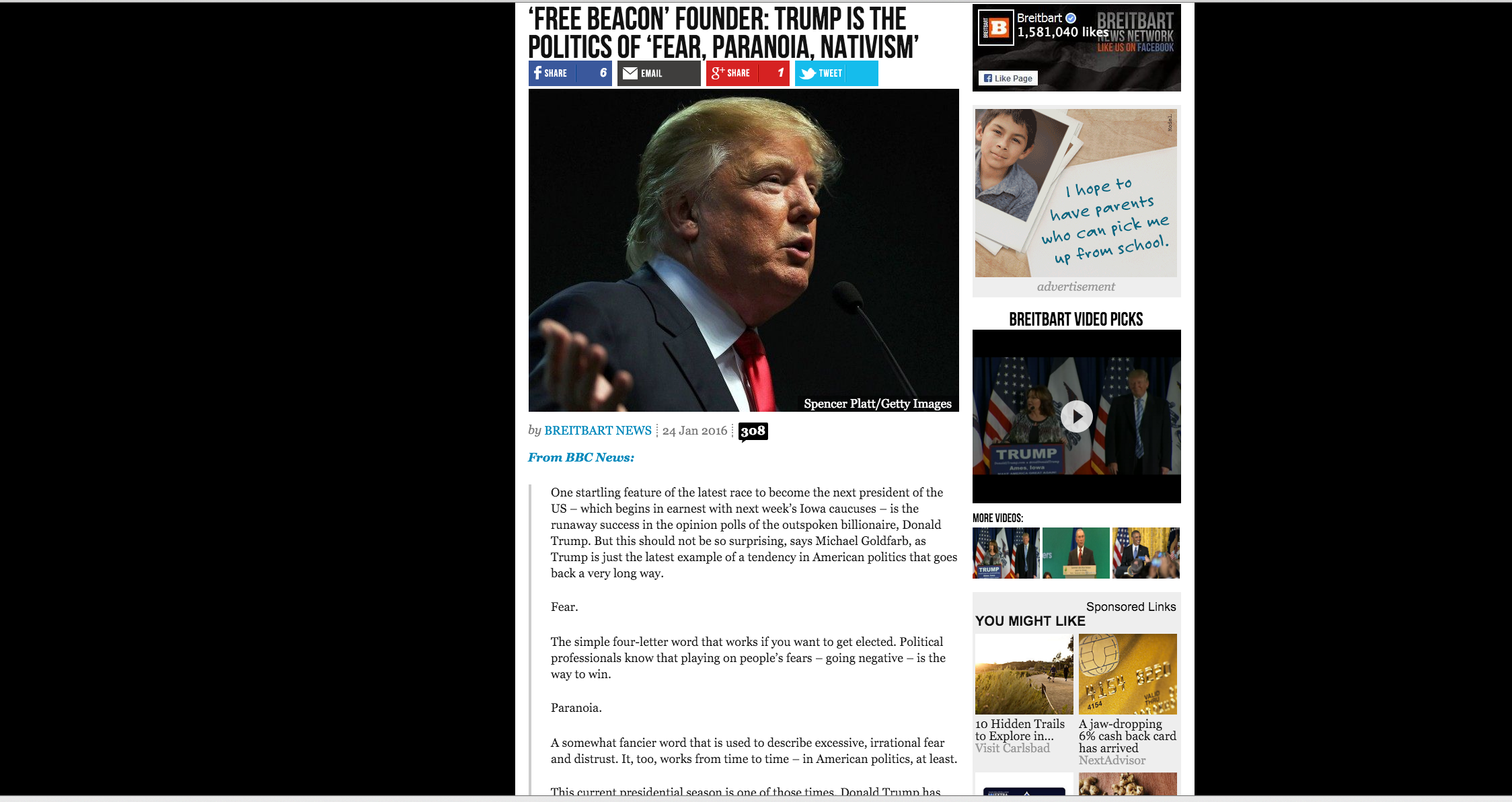