Dunham, who stumped for Clinton on the campaign trail earlier this year, said she wants to ban outlets from using certain words to describe the Democratic front-runner.

“The way that Hillary Clinton’s been talked about in the media is so gendered and rabidly sexist in every single portrayal,” Dunham said during an interview with Variety. “Whether it’s the attacks on her personal life or the adjectives that are used to describe her clothing, we have to do a full reexamination.” (VIDEO: Hillary Clinton To Lena Dunham: ‘I’m Puzzled When Women Aren’t Feminists’) 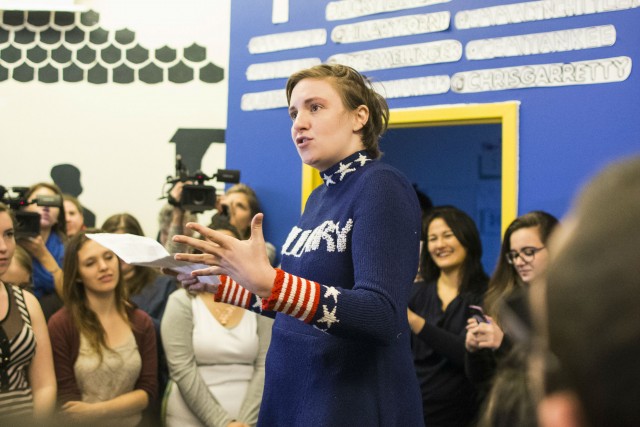 “Like I literally want to make a list that we hand to media outlets that says, ‘These are the words you can’t use when describing a female candidate: shrill, inaccessible, difficult, frumpy, plastic.'”

“If we were allowed to talk about male candidates like that, I’d have a fucking field day. I’d enjoy my life so much.”

“Sorry,” Dunham added. “I get too worked up.” (RELATED: NYT: Lena Dunham ‘Disturbed’ By Clintons’ Attacks On Women)