The Washington Post’s Chris Mooney tried to tie man-made warming to massive winter blizzards Monday, like the one that left millions of Americans covered in two feet of snow over the weekend.

The piece restates a hypothesis from global warming science blog RealClimate.org that draws comparisons to the film “The Day After Tomorrow,” where global warming causes a new ice age. In the movie, global warming shuts down ocean currents and creates weather catastrophes, including a worldwide blizzard.

“They had these blizzards for completely the wrong reasons, but the end result is a big snow storm,” climate scientist Stefan Rahmstorf of RealClimate.org told The Washington Post. “And that’s kind of ironic: Despite the wrong physics, there’s a grain of truth now in that movie.” 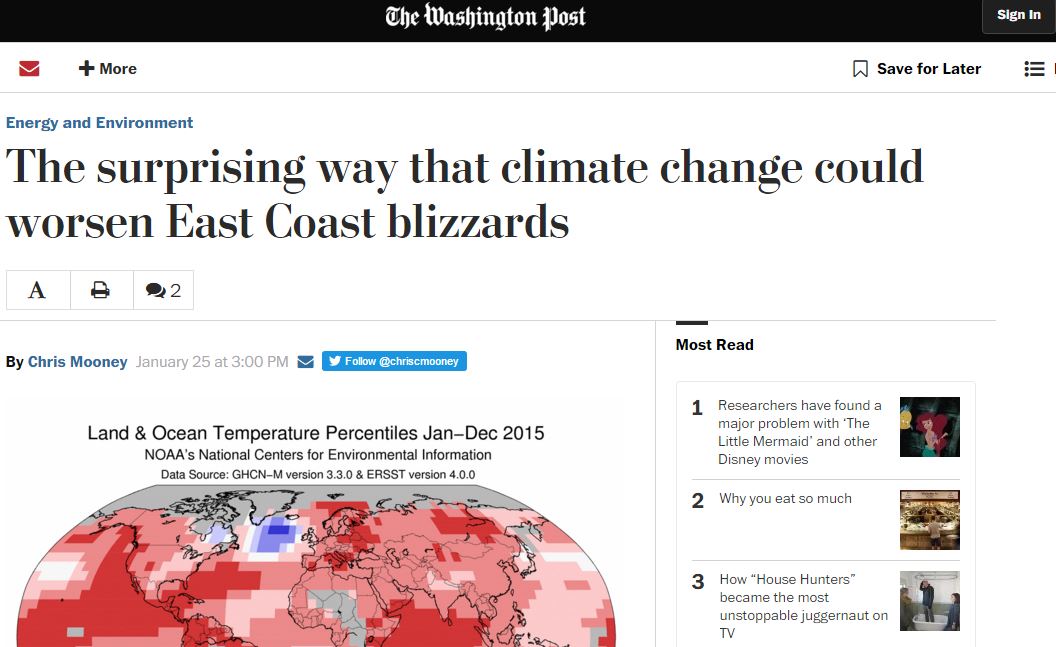 The Washington Post openly admits the “[w]e certainly can’t say that his argument is, at this point, a matter of scientific consensus or anything close to it.” The Post even points out that many scientists completely disagree with the hypothesis in a separate article.

Climate scientist Michael Mann of Penn State University whole-heartedly believes the blizzard was caused by global warming. “While critics like to claim that these massive winter storms are evidence against climate change, they are actually favored by climate change,” Mann told ThinkProgress before tweeting his opinion.