Wrestler Devin Schuko threw his perfect wrestling record to the wind in a match against an opponent with Down syndrome.

Schuko, who wrestles for Norton High School in Massachusetts, entered the match 27-0, and realized his match against Andy Howland, who has Down syndrome, meant a lot more than a simple wrestling match. (RELATED: NFL Star Russell Wilson Grants Young Girl Her Final Wish Shortly Before She Dies)

The crowd watched as Howland defeated the superstar wrestling champion, handing him his first loss. 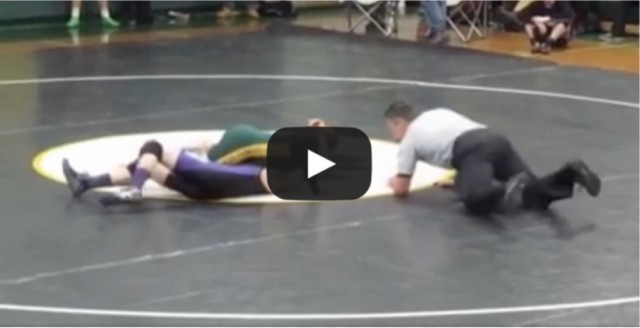 “He wanted a match, and I wanted to tangle with him,” Deven Schuko told WVCB News.

The importance of making Howland’s dream certainly isn’t lost on Schuko. “If I had to lose to someone, I’d like to lose to Andy. It was a win-win in my book. He won, I won,” he added.

The champion has received praise from many, including his coach Pat Coleman who refers to Schuko as a “class act.”