It’s not the first time someone has misused “Netflix and Chill,” and it certainly won’t be the last. 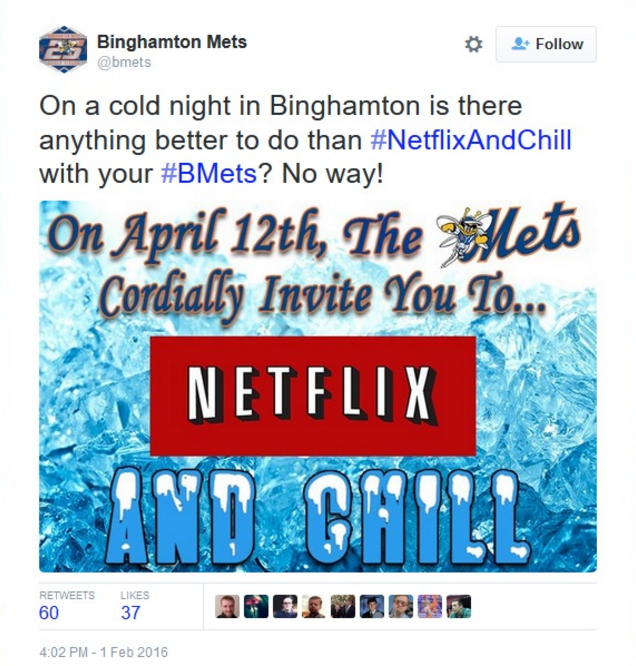 Being cordially invited to Netflix and Chill at a minor league stadium is atop no baseball fan’s list of things to do. The phrase’s meaning began innocently (and literally) enough, but transformed into a euphemism for inviting someone over under the guise of binge-watching a TV show, only to get intimate with that person with Netflix playing secondarily in the background.

Somehow, it doesn’t quite set the mood like some good old-fashioned James Brown or Marvin Gaye, but hey, anything to get through a chilly spring New York evening, right? Minor league baseball has increasingly become synonymous with outlandish promotional nights, pulling out all the stops to put butts in the seats.

Realizing their mistake, the Mets doubled back in an honest, self-deprecating fashion.