Good news and bad news for fans of The Donald.

PPP’s newest national poll finds the race on the Republican side tightening considerably in the wake of Donald Trump’s surprise loss in Iowa on Monday night. Trump’s lead has fallen to just 4 points- he’s at 25% to 21% each for Ted Cruz and Marco Rubio, 11% for Ben Carson, 5% each for Jeb Bush, John Kasich, and the now departed Rand Paul, 3% each for Chris Christie and Carly Fiorina, and 1% for Jim Gilmore…

Trump’s 25% standing reflects a 9 point drop from our last national poll, which was taken the week before Christmas. It reflects an overall decline in Trump’s popularity with GOP voters.

Maybe that’s because GOP voters are starting to realize that this isn’t an episode of The Apprentice. This guy might actually get the nomination if actual Republican voters don’t do something about it.

I have no idea what will happen in New Hampshire — and neither do you, and neither does anybody else — but I’m tired of elderly Caucasians running for president. The Democrats are already giving us White and Whiter. They’re already making us watch as two old coots jostle over the last hush puppy at Golden Corral. They’re already racking their brains for reasons why Cruz y Rubio no son auténticos: 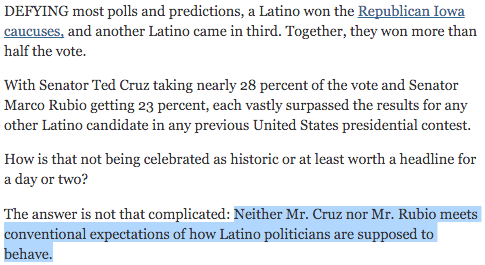 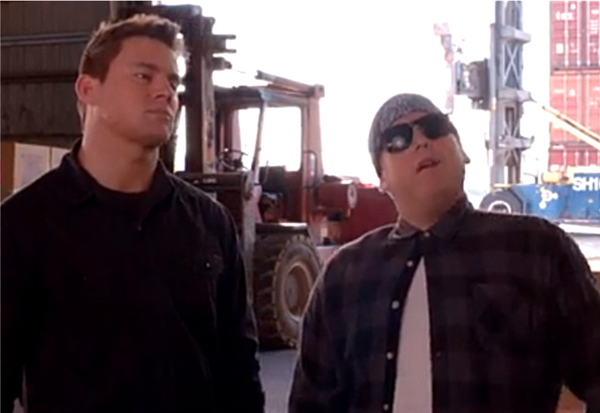 The Democrats don’t want a brown person in the White House unless it’s their brown person. If you really want to drive ’em crazy, then dump Trump. Let Cruz and Rubio duke it out for the nomination.