“A hug with the president,” the New Jersey governor explained. “Yeah, no, I’ve got to tell you, I can’t disappoint you all enough, I didn’t hug him. And as you all have learned in New Hampshire, I hug everybody. So it was a disappointment probably for him that I didn’t hug him.”

In the fall of 2012 after Sandy struck the Northeast heavily, Obama traveled to New Jersey to survey some of the damage. Christie greeted Obama on the tarmac with a handshake, and Obama put his hand on Christie’s shoulder.

Christie also praised the president as “incredibly supportive.” Some Republicans were upset with Christie, given that the presidential election was just weeks away. 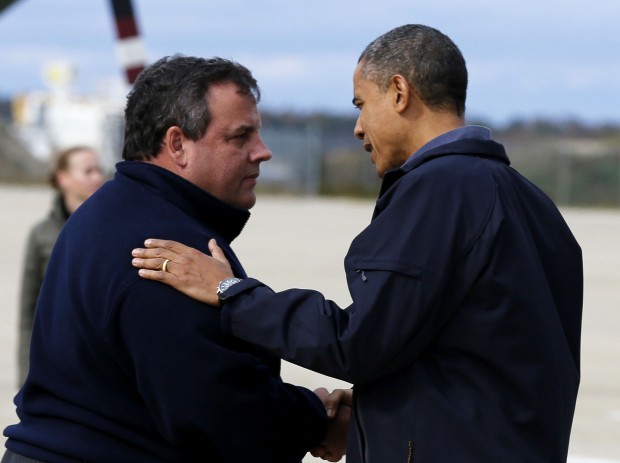 Christie stated that the only person who never asked for an explanation of his tarmac greeting of Obama was the Republican nominee Mitt Romney.

“You know why? Because he was a governor, and he’s a man of accomplishment. And he knows that he would have done the exact same thing in the exact same position.”