The campaign hoping to take Britain out of the European Union (EU) is enjoying a fresh lead in the polls with 45 percent of British citizens supporting secession and 36 percent supporting the status quo.

Later this year, Britain will vote on whether to leave the EU, with most commentators expecting the vote to come in May or June. 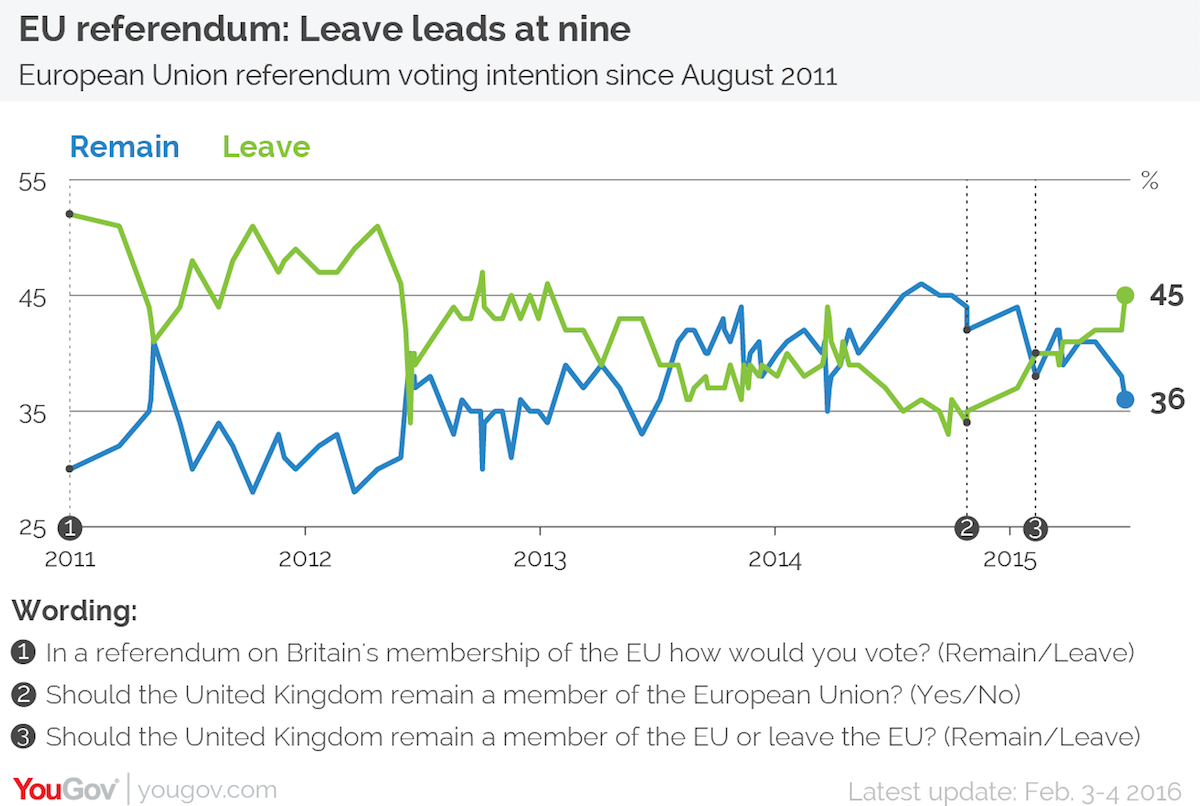 During last year’s general election in May, the Conservatives promised they would deliver a referendum on whether the United Kingdom should stay or leave the EU by the end of 2017. The Conservative Party won a surprise victory with a majority of 12 seats in parliament.

Cameron hopes to bring back a series of changes to Britain’s membership so he can recommend a vote to stay within a reformed EU.

These changes include cutting back on the amount of welfare EU migrants can claim in Britain and a rule allowing national governments to block EU legislation.

A draft of the deal was published this week but received a scathing review in the press for not going far enough. Many in the media accused David Cameron of failing to negotiate a satisfactory deal for Britain.

“Research for The Times reveals the negative press has pushed Leave significantly ahead, now leading Remain by nine points, up from four last week,” writes YouGov’s Will Dahlgreen.

“It’s too early to say if the lead will persist or subside after David Cameron’s crunch talks in Brussels on February 18, but after listing the contents of the draft deal and asking how people would vote if the changes are agreed at the meeting Leave’s lead falls to three (41 percent leave, 38 percent remain),” he adds.

The deal is not complete and if negotiations stall, the referendum could be delayed until September. When the vote is called, the British people will be asked the question “Should the United Kingdom remain a member of the European Union or leave the European Union?”