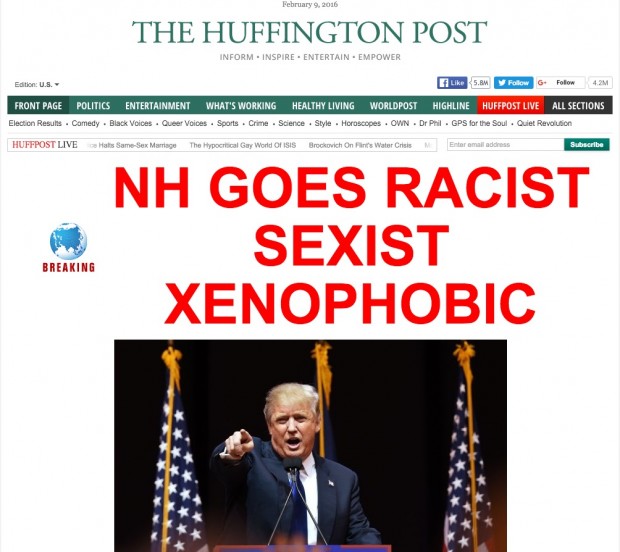 This continues the Huffington Post’s long feud with Trump, going back to the start of his campaign where they put news about him in the “Entertainment” section. (RELATED: Black Pastor: ‘The Liberal Media’ Doesn’t Know The Real Trump [VIDEO])

In July, The Huffington Post announced, “we have decided we won’t report on Trump’s campaign as part of The Huffington Post’s political coverage. Instead, we will cover his campaign as part of our Entertainment section. Our reason is simple: Trump’s campaign is a sideshow. We won’t take the bait. If you are interested in what The Donald has to say, you’ll find it next to our stories on the Kardashians and The Bachelorette.”

In January, The Huffington Post began adding editor’s notes to the bottom of their stories about Trump calling him a “liar,” a “racist,” and a “xenophobe.”

In a statement made to Politico, a Huffington Post spokesperson said, “Yes, we’re planning to add this note to all future stories about Trump. No other candidate has called for banning 1.6 billion people from the country! If any other candidate makes such a proposal, we’ll append a note under pieces about them.”