Of all the signs outside the Thursday Democratic debate between Hillary Clinton and Bernie Sanders in Milwaukee, WI, the vast majority were anti-Hillary and pro-Bernie. The signs call out Clinton for her many scandals and ongoing FBI investigations. 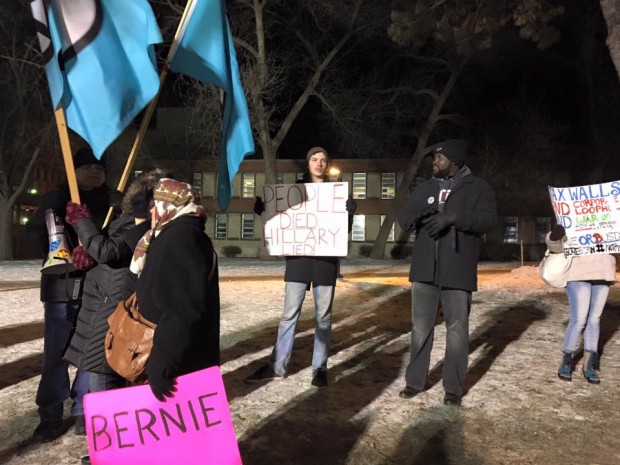 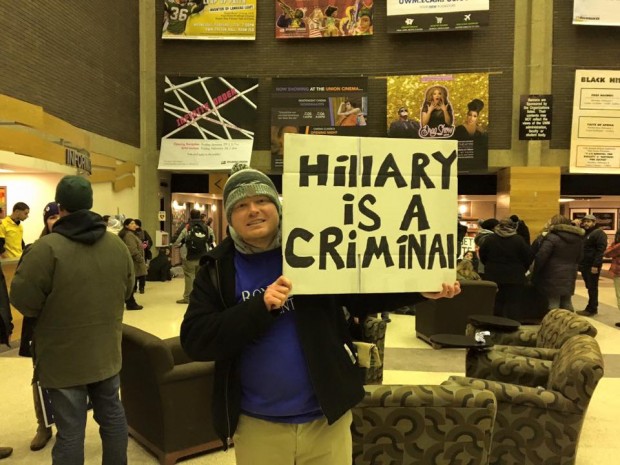 “Hillary is a Criminal!” 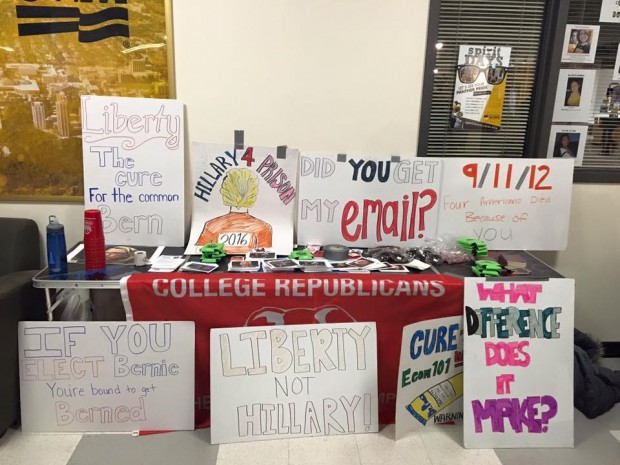 Collection of Anti-Hillary signs at a College Republicans display. 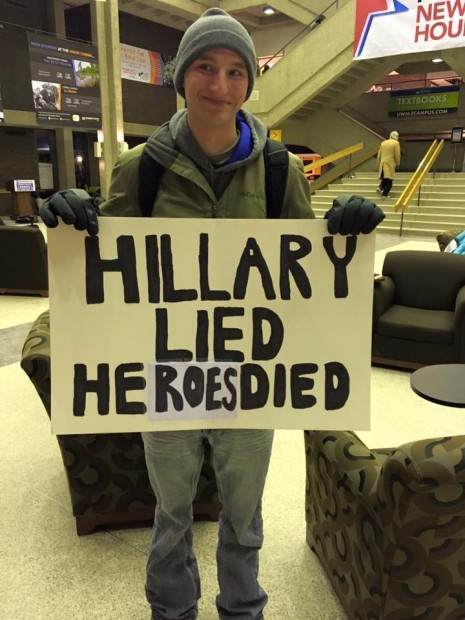 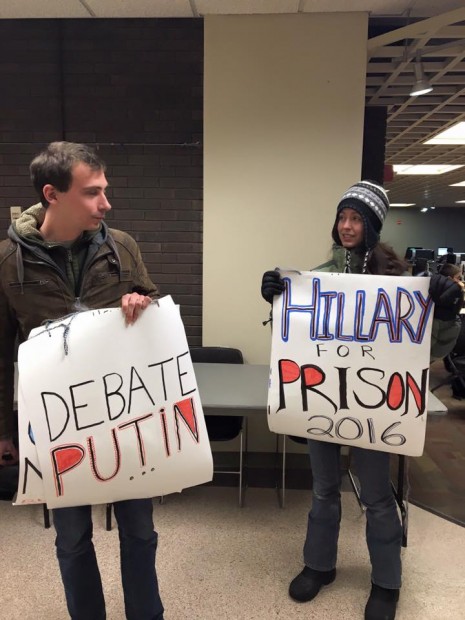 While the majority of signs were anti-Hillary, there were also several bizarre pro-Bernie signs: 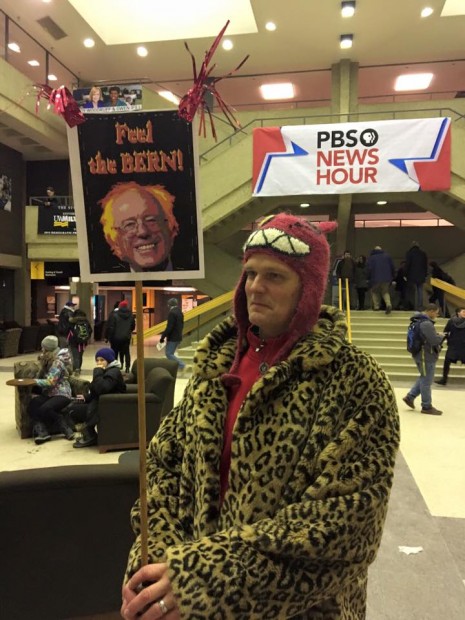 “Feel the Bern” (his daughter had a similar sign and outfit) 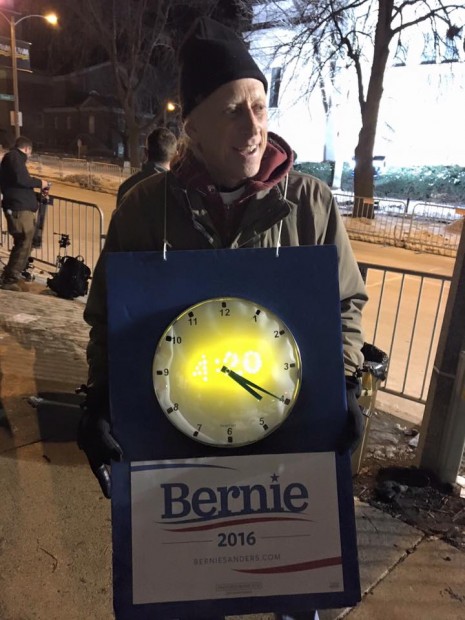 “4:20 Bernie 2016” (apparently linking Bernie and the legalization of marijuana)