The United Nations carbon dioxide emissions deal of 2015 may not be enough to exert any meaningful impact on projected global warming.

A new report by the oil giant BP shows CO2 emissions significantly growing, despite huge gains in energy efficiency and countries forcing more green energy onto the grid. It looks like economic growth in developing countries, like China and India (the “non-OECD”), will overshadow global warming regulations in rich countries. 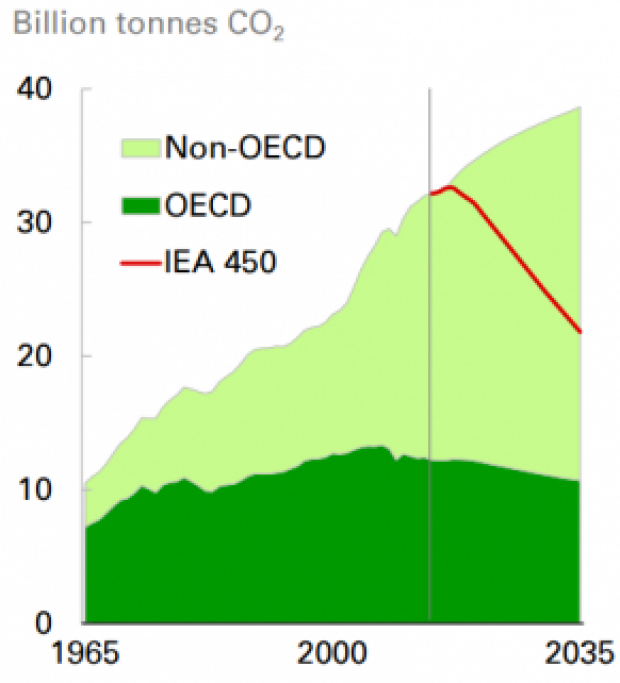 “Despite the slowdown in emissions growth, the level of carbon emissions continues to grow, increasing by 20% between 2014 and 2035,” BP reported in its latest energy outlook.

“The widening gap between the projected path for emissions… illustrates the remaining challenge, despite the expected reduction in the growth of carbon emissions,” BP noted.

President Barack Obama and other world leaders hailed the UN global warming deal hashed out in December. As part of the deal, countries voluntarily pledged to cut CO2 emissions, but major developing economies, like India and China, did not make any concrete promises to cut emissions.

BP projects both those countries will emit more CO2 and, along with other developing nations, wipe out any emissions cuts made by the U.S. and other rich countries.