Both South Korean and U.S. officials said the launch appeared to be successful. The range of the Taepodong-3 has increased by 30 percent, compared to previous estimates, experts say.

The new range means that the entire American continent is now well within striking distance of the missile. 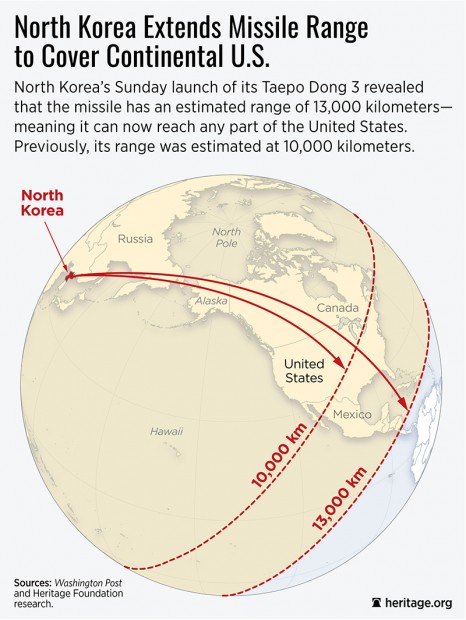 The advancement of North Korea’s long-range ballistic missile program gets better with each launch, as it learns what’s working and what’s not. After two failed launches of the Taepodong-2 in 2006 and 2009, the Taepodong-3 has had better results since putting a satellite into orbit in 2012. 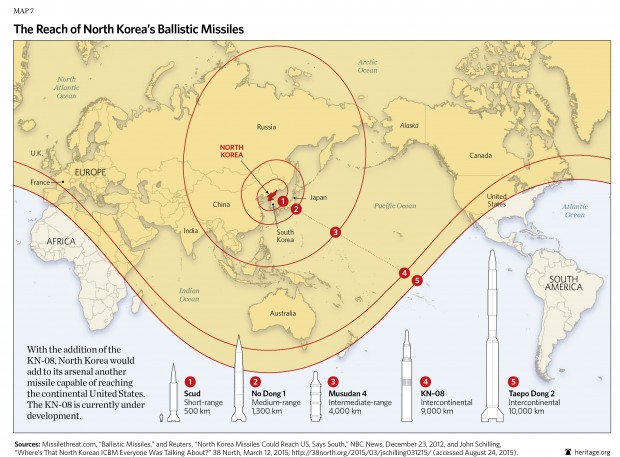 Pyongyang claims the tests are part of its peaceful space program, but experts argue that the technology is good enough to easily drop a nuclear weapon on American soil.

“We assess that they have the capability to reach the homeland with a nuclear weapon from a rocket,” Admiral Bill Gortney, commander of U.S. Northern Command and the North American Aerospace Defense Command, said last October. “We’re ready for him [North Korean leader Kim Jong-un], and we’re ready 24 hours a day if he should be dumb enough to shoot something at us.”

“This is a big deal, even if it’s not a two-stage device,” Sokolski told The Wall Street Journal. “One of these smaller devices…will do quite fine.”