A photo posted online appears to show a baby piglet born with actual balls instead of eyeballs.

The photo — posted by Reddit user angryarcher — was accompanied with the following caption, reports the Daily Star.

“I’m not even sure if it was male or female. I do know that it was born alive but probably brain dead.” 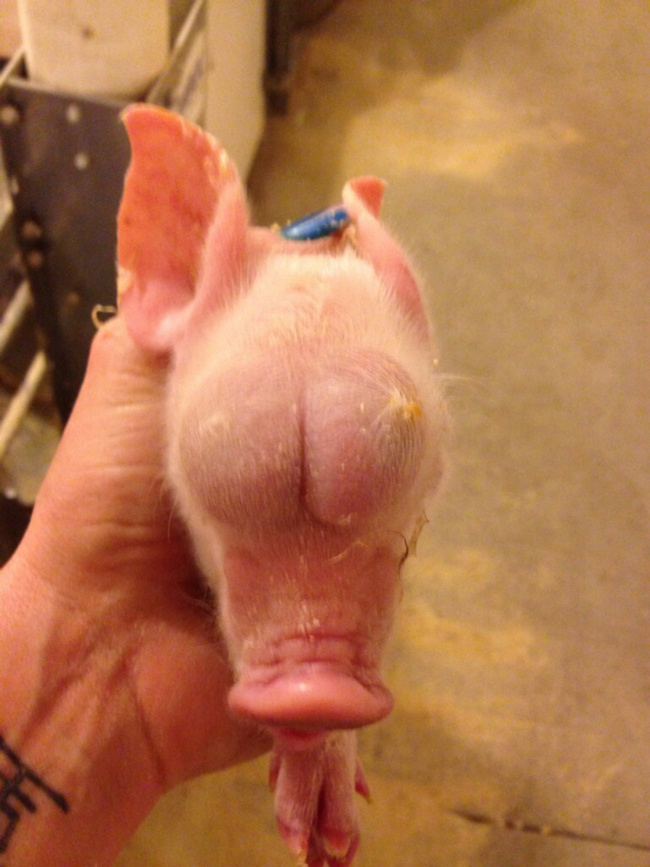 Despite some users doubting the authenticity of the photo, angryarcher noted “with the amount of inbreeding and billions of pigs born in the U.S. both in the commercial and breeding side of the industry, mutations happen.”

“It’s the same with people, enough are produced that some are born with extra appendages or even chromosomes.”