A video of University of Missouri communications professor Melissa Click confronting police officers during the school’s homecoming parade has surfaced.

In the video, Click is allegedly seen confronting Columbia police officers who were trying to remove protesters that were blocking the parade route. The footage, which was captured on the body cameras of two officers, allegedly shows Click shouting obscenities at police.

These screaming campus garbage babies really do think they’re in Selma in 1965, don’t they?

Here’s my second-favorite part of the video, where Click consoles a student who’s reeling in shock after being told to get out of the road during a parade: 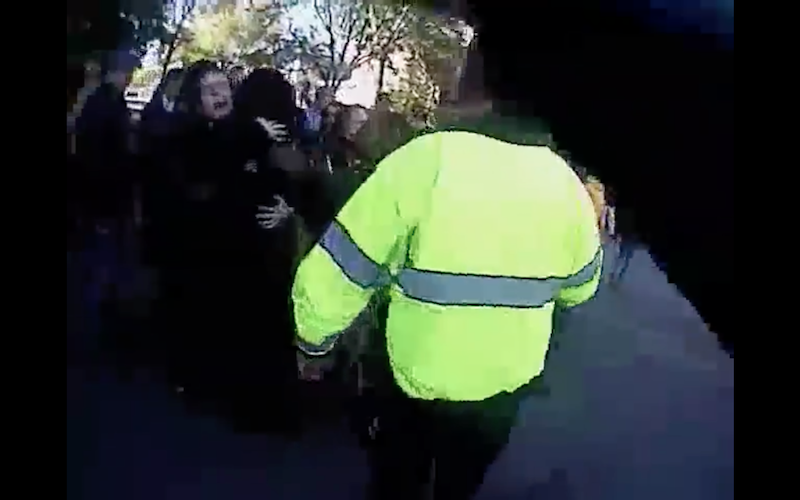 This isn’t about black lives. It isn’t about social justice. It’s about social control. People like Melissa Click want control over what you say and do, and where you say and do it. If you “trespass” in a public place that Click deems off-limits, her instinct is to demand “some muscle” to get rid of you. If you’re trying to hold a homecoming parade and Click doesn’t like it, her instinct is to declare that the street isn’t off-limits. She decides who goes where and why, not you. That’s how she thinks.

And most importantly, in both cases Melissa Click is the victim. She’s the quintessential “crybully”, starting trouble and then throwing a fit when held to account for it. She’s just delightful.

It sounds like this latest revelation about Click’s behavior isn’t helping her case at Mizzou. She’ll be okay, though. There’s always MSNBC.

1
Here's What Johnny Depp's Lunch Allegedly Looked Like, According To Photos From Amber Heard
Entertainment
2
JONES: I Am Black And I Am A Democrat. But 'I Ain't' Voting For Joe Biden This November
Opinion
3
NYPD Silent On Whether NYPD Took Action Over 1996 Maxwell Accuser Complaint
Politics
4
'We’ll Have To Wait And See': McConnell Uncertain About Attending Republican National Convention
Politics
5
Security Guard Charged With Murder After Allegedly Shooting Customer Who Wasn't Wearing A Mask
US