Taylor Swift fired back at Kanye West after he tried to take credit for making her famous. 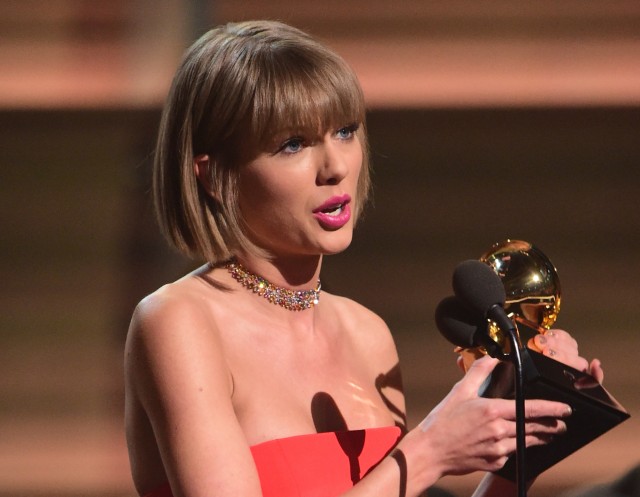 West released his new album “The Life of Pablo” this week, and in the song “Famous,” West raps about having sex with Swift and making her famous.

West raps, “I feel like me and Taylor might still have sex / Why? I made that bitch famous.” (RELATED: You Won’t Believe What Kanye West Says About Taylor Swift In His New Song)

But during her acceptance speech for album of the year at the Grammy Awards Monday night, the 26-year-old defended her hard work.

“And that is the greatest feeling in the world.” (RELATED: People Are Losing Their Minds Over The Way Taylor Swift Wore Her Hair Tonight)

Well, now we know what @taylorswift13 thinks of that @kanyewest line. #GRAMMYshttps://t.co/sgRdbM3iNo