Kid Rock was recently asked who his heroes are, and the 45-year-old singer gave the most American answer out there. 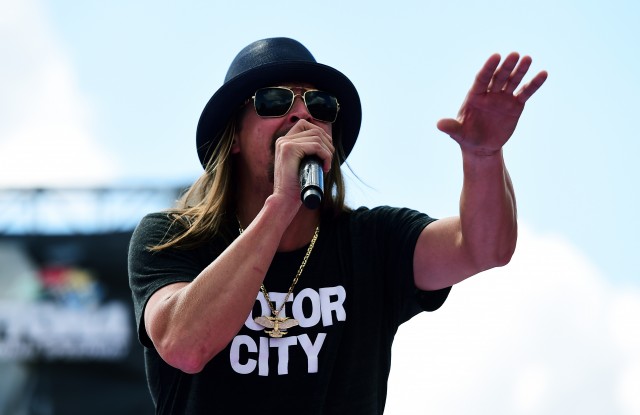 During a recent interview with Rolling Stone, Robert Ritchie revealed who he looks up to. (RELATED: This Huge Country Star Just Revealed The Republican She’s Supporting For President)

“Jesus,” he answered. “George Washington. And anybody that’s had the balls to go and fight for this country.”

“And hardworking people that come from not having a lot, that keep a strong family and pull themselves up from their bootstraps and make something of themselves in life, you know? Those are heroes to me.”

The singer also revealed a few rules he lives by.

“I try to be cool with everybody. Even if it’s somebody where you don’t really appreciate what they do, like if it’s a band whose music you don’t like. I think I got all of that out of my system when I was young anyway. I walked around flipping everyone off, telling them to go fuck themselves.”

“Also, don’t hang out with assholes. If you surround yourself with good people, everything else is going to work itself out. ” (RELATED: Kid Rock On ‘American Sniper’ Criticism: ‘F*** You Michael Moore’)