Beck, who will be traveling to Nevada for events with Cruz ahead of the state’s caucuses Tuesday, is now asking followers “to join me and my family Monday in a fast for Ted Cruz, our country and the Nevada caucus.” 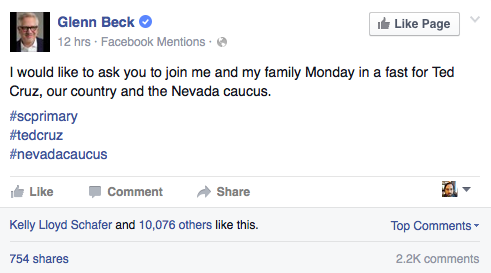 An hour earlier, after Donald Trump was named the winner, Beck declared the South Carolina primary “a fair fight.” 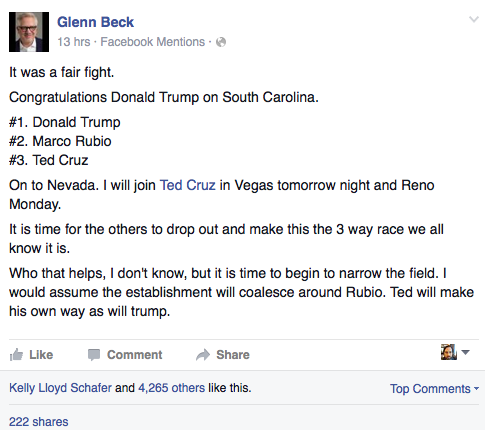 Beck then told his nearly 3.3 million followers the results in South Carolina were “a massive wake up call for the establishment,” warning them the “establishment” will now seek to “prop up Rubio and if he wins we will have another four years of the same lead by men like [crscore]Mitch McConnell[/crscore].” 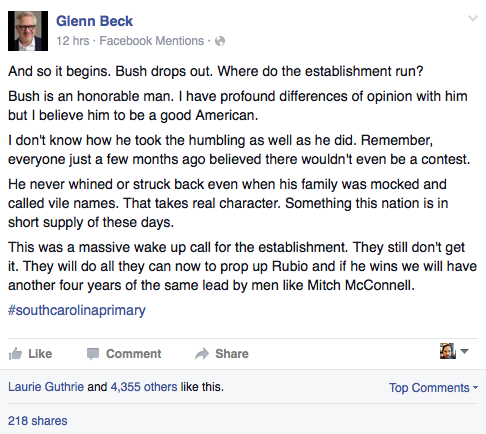