President Barack Obama put tackling global warming at the top of his agenda in recent years, and the EPA has been more than happy to oblige and issued a sweeping set of regulations last year to cut carbon dioxide emissions from power plants.

Liberals hailed the so-called Clean Power Plan (CPP) as a good first step in the fight against global warming, while conservatives derided the rule as a federal takeover of states’ rights and a backdoor way to impose cap-and-trade.

That fight has also played out among states, and maps created by E&E Publishing showing where each state stands on CPP illustrates just how divisive the rule has been.

So far, 27 states have sued the EPA to get the rules struck down by the court, while 17 have filed legal briefs in defence of the Obama administration’s bid to sign a global climate agreement. 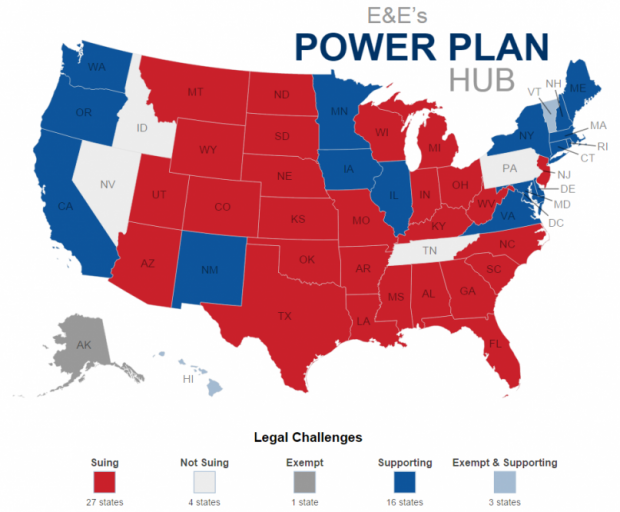 And that’s not all. Some 18 states have also refused to implement the EPA’s power plant rule, and another nine states are wondering if they should comply at all. 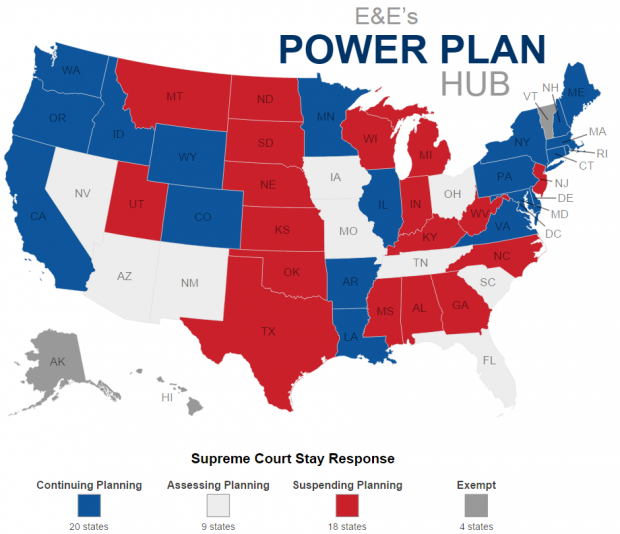 For now, CPP is being stayed by the courts, but the EPA seems to be going around judges’ wishes by encouraging states to continue to work on ways to “voluntarily” comply with the rule while its legality is being battled out in the courts.

States relying heavily on coal power to keep the lights on are opposing CPP along with states that mine coal which also often use lots of it for power.

“There’s another huge problem too. These regulations are, in my view, likely illegal,” McConnell said.

Unsurprisingly, Kentucky is one of the 27 states suing the EPA over CPP. The state has seen its coal industry crumble in recent years due to increased competition from natural gas, weak economic growth in China and EPA regulations.