Morgan Freeman is the voice of a new ad for Hillary Clinton. 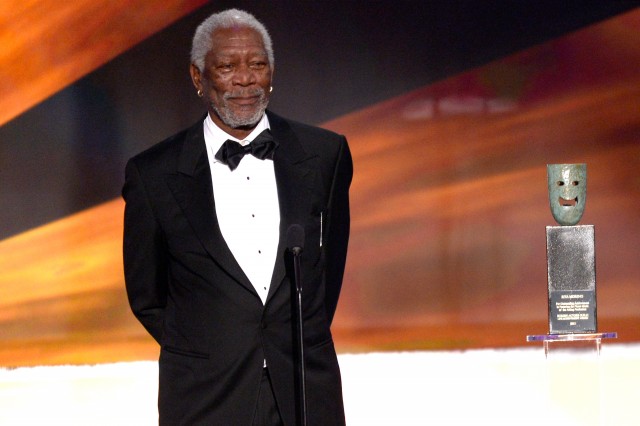 The 78-year-old actor, who Hollywood jokes has the “voice of God,” narrates the Democratic front-runner’s ad that will air in South Carolina leading up to the Democratic primary on Feb. 27.

In the ad, Freeman says, “She’s has always stood with us.”

During a recent interview on CNN, Freeman said he supports Clinton because she has “proven abilities” and dismissed the attacks on her.