Young Republican voters turned out in record numbers in Nevada, while young Democratic voters came out in smaller numbers than 2008, despite Sanders’ push for the youth vote. 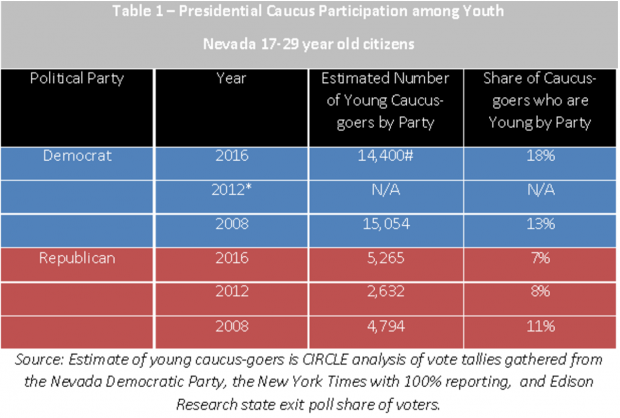 An analysis by the Center for Information & Research on Civic Learning and Engagement (CIRCLE) showed that [crscore]Marco Rubio[/crscore] led the youth vote with 37 percent of their support, with Donald Trump close behind with 31 percent.

An analysis by CIRCLE also showed that the number of voters under 29 participating in the South Carolina Republican primary increased by 60 percent to a level similar to Democratic primary numbers in the state in 2008. 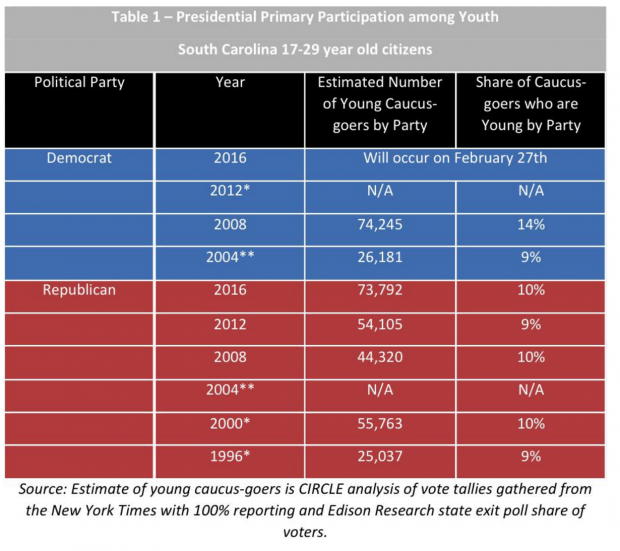 In South Carolina, Cruz led among younger voters with 28 percent, and Trump followed with 26 percent.

So far this cycle, data is showing that the number of younger voters participating in the Republican primaries have been trending upwards. 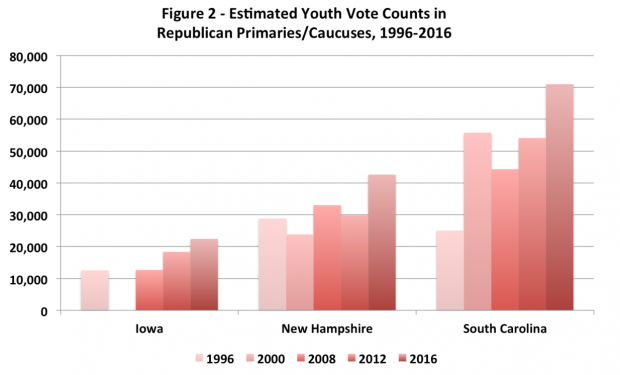