Dr. Jamie Naughright, the former University of Tennessee trainer who accused quarterback Peyton Manning of sexually assaulting her in 1996, made a series of bizarre and unfounded complaints to a Florida sheriff’s department in 2014, according to police records obtained by The Daily Caller.

Naughright, who resides in Lakeland, Fla., made numerous calls to the Polk County sheriff’s department between March and November of 2014, claiming that she was being stalked and threatened by various men that she knew. She also claimed that an associate and caretaker of hers had made a pornographic website with her pictures on it.

The Washington Post’s Sally Jenkins first reported on the existence of the documents in a column on Thursday.

The records also show that in Nov. 2014, Naughright claimed that a man she met while receiving mental health treatment at a Florida hospital had threatened her after they got into a heated argument over the lawsuits she filed against Manning, who recently won the Super Bowl with the Denver Broncos.

But in all of those cases, sheriff’s deputies found no evidence to support any of Naughright’s claims, the reports show. And in one case, she was accused of making “false accusations.” 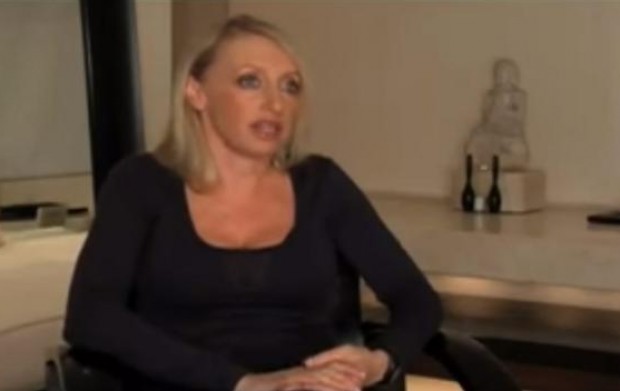 Naughright re-emerged in the public eye earlier this month after the New York Daily News published details from a 74-page document that she filed in a defamation lawsuit against Manning in 2003.

The suit claimed that in March 1996, Manning placed his backside, testicles, and rectum on Naughright’s face while she was inspecting his ankle. She called the sexual abuse hotline that evening and filed a complaint.

But Manning has denied that the incident was sexual assault. He claims he never made contact with Naughright and that he was merely mooning a fellow athlete. That athlete, and others, have disputed Manning’s defense.

Naughright settled with the University of Tennessee in 1997 for $300,000. She sued Manning again in 2002, accusing him of defaming her and violating a non-disclosure agreement by referencing the case in his 2001 autobiography. They settled for an undisclosed amount.

Though the story of Naughright’s lawsuit was reported in 2003, the Daily News’ Shaun King, a Black Lives Matter activist, added fuel to the fire with his article by inserting a racial element into the story. He asserted that the “white” establishment media had covered up the story in order to protect Manning because he is white.

But while King’s article garnered sympathy and accolades for Naughright, the new police reports indicate that she has a history of fabrication. While that does not prove that she made up the Manning story, it suggests that her claims should be given further scrutiny.

According to one Sept. 25, 2014 report, a sheriff’s department investigator followed up on a report filed in March of that year in which Naughright claimed that a former associate who had been a caretaker for her “had created two different pornographic websites using her name.”

The man had started helping Naughright after she says she suffered injuries at the hands of fashion designer Donna Karan’s personal masseuse. Naughright sued Karan in 2010 alleging that the masseuse had broken her jaw, among other injuries.

“I explained to the reportee we could not locate any pornographic website with her name associated with them,” the detective wrote in the report, while noting that Naughright was unable to explain why text messages that she had sent to investigators to support her case had been redacted.

She claimed that she did not block out the information — an unlikely scenario. The detective also asked Naughright about the website, but she said that she was no longer worried about it because it had been taken down.

The incident report notes in several places that Naughright was drinking wine throughout her interactions with the deputies. The investigator also noted that a detective with the Polk County sheriff’s intelligence unit had contacted him about Naughright.

That detective “advised he had received a call from a law enforcement agency in New Jersey who requested Detectives speak with Ms. Naughright and ask her to stop calling their agency and making false accusations.”

An argument about Manning

Deputies were called to Naughright’s home again on Nov. 29, 2014, this time in response to a domestic disturbance complaint.

Naughright said that she was drinking at her house watching football with a man she had met the month before at a local hospital after “they were admitted under the provisions of a law enforcement Baker Act.”

In Florida, the Baker Act is used to provide individuals with mental health treatment.

“Altercation began over the fact Naughright had filed a law suite [sic] against Peyton Manning, the quarter back for the Denver Broncos,” the report states.

“Naughright stated [the man] was a fan of Peyton Manning and did not agree with the law suite [sic] and she wanted him Baker Acted and out her residence.”

The man left the residence with no report of violence against Naughright. She called the sheriff’s office hours later, however, claiming that the man had been making harassing phone calls. When the deputies arrived, Naughright instructed them to get off of her property. She also claimed that she had contacted The New York Times and News Channel 8, a local station, “and made them aware of the on-going situation.”

Naughright became agitated, according to the report, calling the deputies “freaks” and then activating the panic alarm on her home security system.

A pattern of bizarre behavior

The incident reports emerge days after a Texas-based sports entertainment producer named Tom Stokes released audio from what he claims is an hour-plus long phone conversation he had with Naughright the day that the Daily News article was released. (RELATED: Sports Show Producer Says Peyton Manning Accuser Claims Quarterback Is Gay)

During the conversation, the woman alleged to be Naughright tells Stokes that she wants Manning to publicly state that he is gay.

“I want him to go on record that he likes penis,” the woman in the recording says, adding later that she wanted Manning to say: “I like big dick.”

If Naughright did indeed make those statements about Manning, it wouldn’t be the first person she has accused of being gay or bisexual. Brian Farmer, a former Tennessee state trooper who worked in and around the University of Tennessee football program for 12 years, told Fox Sports 1 host Clay Travis earlier this week that Naughright has harassed him on Facebook with accusations that he is bisexual.

Farmer, who is heterosexual, shared text messages and Facebook messages with Travis to back up his claims.

Stokes told TheDC on Thursday that Manning’s attorneys contacted him about the audio and that he plans to turn it over.

With her public statements about Manning — both in Stokes’ recording and in her argument with the man at her house in Nov. 2014 — Naughright may have violated the non-disclosure agreement she signed with the quarterback years ago.