Twitter’s form to report abusive or harassing behavior includes an option to report comments that are “offensive, disrespectful or in disagreement with my opinion.”

The form is part of Twitter’s new initiative to increase “safety” on the site. 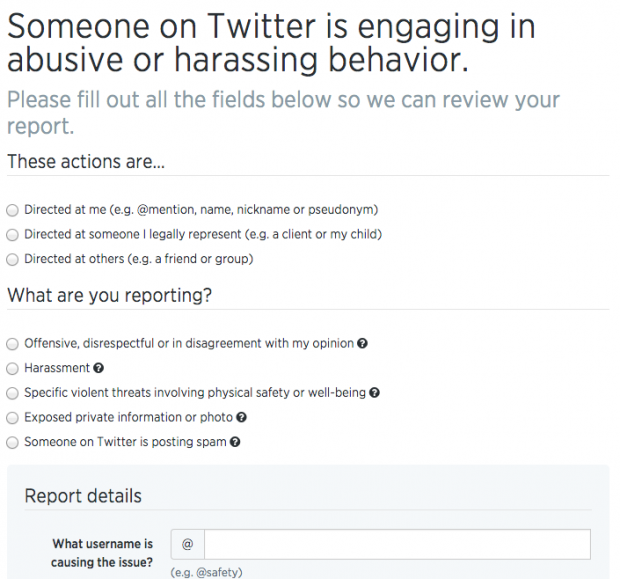 This was initially pointed out by Twitter user @Countermoonbat.

Twitter has recently come under fire since announcing the creation of a “Trust & Safety Council.”

“Twitter empowers every voice to shape the world. But you can’t do that unless you feel safe and confident enough to express yourself freely and connect with the world around you,” the social media site wrote in a blog post. “To help give your voice more power, Twitter does not tolerate behavior intended to harass, intimidate, or use fear to silence another user’s voice.”