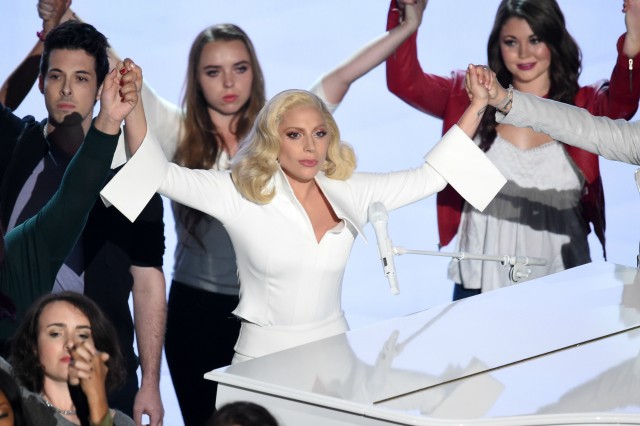 Juanita Broaddrick is the Arkansas woman who says Bill Clinton raped her in 1978, and on Twitter Monday, Broaddrick thanked Gaga for her performance that was dedicated to victims of sexual assault. (RELATED: Here’s What Kevin Hart Told The Black Actors Who Weren’t Nominated For An Oscar)

“Thank you to Lady Gaga for her performance and tribute to victims of sexual abuse,” Broaddrick tweeted. “It was overwhelming.”

Thank you to Lady Gaga for her performance and tribute to victims of sexual abuse. It was overwhelming!

Gaga was joined by dozens of sexual assault survivors when she performed her song “Til It Happens To You” that is featured on the documentary “The Hunting Ground.”

Before the performance, Gaga was introduced by Joe Biden.

He urged the crowd to pledge to “intervene in situations where consent cannot or has not been given.” (RELATED: Here’s Why Joe Biden Presented At The Oscars)