Megyn Kelly won the Fox News debate — or at least that’s what you’d think if you were reading Twitter Thursday night. 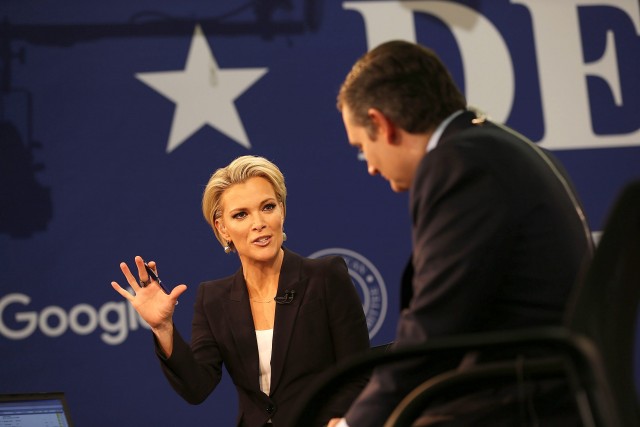 After the 45-year-old moderator began grilling candidates with questions, many on Twitter were quick to note that maybe she should be the Republican nominee instead. (RELATED: People Are Losing Their Minds Over The Way Megyn Kelly Wore Her Hair Last Night)

The winner of the GOP debate is Megyn Kelly. #GOPDebate

Look, Megyn Kelly is very good at this. VERY.

Good to see Megyn Kelly trying to fact-check and truth squad the candidates, rather than just let them huff and puff and lie.

Perhaps the contested convention will give Megyn Kelly the nomination

As an aside, Megyn Kelly's look tonight is awesome.

One of the winners this year has been @megynkelly. She asks good, tough questions. I wish she had the chance to grill Democrats, too.

If @megynkelly could pls run for president. She'd definitely have my vote. pic.twitter.com/CiXU97wjOY

I don't know about you guys… But I'm voting @megynkelly for President!!

So, there are three people on the stage who look who they could be President. Cruz, Rubio, and Megyn Kelly.

I say @megynkelly for president because she's hot and seems to be smart. #politicaltake