George Clooney doesn’t like Donald Trump — and it all started because the Republican front-runner called him short. 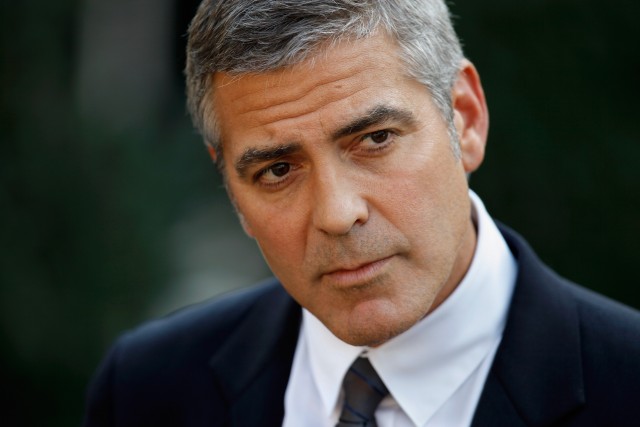 “I met Donald once,” Clooney said during an interview with The Guardian. “I was sitting in a booth and we talked for a while. Then he did Larry King, and he said I was very short. And I was like: ‘I was sitting down the whole time, Donald!'” (RELATED: This Huge Country Star Just Revealed The Republican She’s Supporting For President)

“He’s just an opportunist. Now he’s a fascist; a xenophobic fascist. You can count on Americans to do the right thing after they’ve exhausted all the other possibilities.”

Clooney said he doesn’t think Trump will be president.

“You know, the truth of the matter is, in election season, things go crazy, and the loudest voices are the furthest and most extreme. So you hear a massively stupid idea, like we’re going to ban Muslims from the country. Now, we’re not ever going to do that.”

“It says in the Statue of Liberty, bring us your huddled masses. It’s not what’s going to happen.” (RELATED: Miley Cyrus: ‘Donald Trump Is A F***ing Nightmare’)