I don’t know about you, but the possibility of President Trump is bumming me out and I could really use some cheering up right now. The good news is that they just dropped the first trailer for the all-new, fewer-penises version of Ghostbusters!

The original Ghostbusters was almost all-male, but I thought it was okay anyway. It’s one of the better movies you’ll find about people catching ghosts in New York City in the ’80s, despite its lack of women in major roles. The second movie was fine too, but it was no better in terms of diversity. As entertaining as those two films were, they were also depressingly problematic. Um, hello? Women are more than just sex-demons for your personal pleasure, men!

So I’m really looking forward to this all-female, no-doubt-hilarious Ghostbusters. Let’s watch the trailer right now, shall we?

Wooooooo! I ain’t ‘fraid of no glass ceilings!

[MORE OF THE SAME]

[MUCH, MUCH MORE OF THE SAME]

Okay. Let’s… Wow. Uhhh. Tell you what, why don’t we break up into small discussion groups and try to… try to process what we just went through together. Let’s try to get some closure here.

First things first, we have to talk about the elephant in the room. It’s an awkward subject, but it’s the one thing everybody’s gonna be talking about, so we might as well get it over with…

She’s like a female Egon, right? From the cartoon, I mean. With the goggles and the poofy blonde hair. Remember? 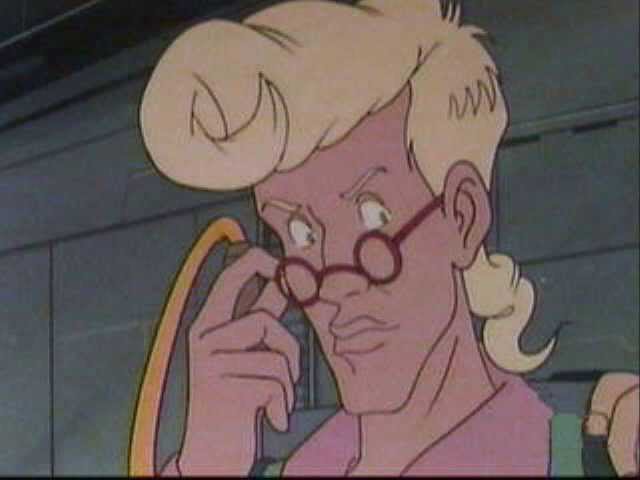 Dead ringer! No pun intended. So, yeah, they’re combining the movie and the cartoon. That’s pretty cool, I guess?

It’s hard to tell what the blonde lady’s personality is supposed to be, though. Wacky? Soft-spoken like Egon, but wacky? She’s pretty, not that she should be judged by that. Whatever the case, she’s definitely the “Egon” of the group. More importantly, she’s female! She is definitely a female Ghostbuster, and that’s what audiences want to see. Because it’s 2016, and there haven’t been any female Ghostbusters yet.

So, who else is in this? Well, there was the… what are we supposed to call her? The plus-sized gal? The Melissa McCarthy one. It looks like she’s the “Ray” of the group, I think. She… says some words. She does the Exorcist thing with her neck. She gets slimed. She’s Melissa McCarthy. People like Melissa McCarthy, right?

And then the, y’know, less full-figured one, with the bangs… Is she the “Venkman”? I can’t really tell. She says some words and gets slimed too. She is a person who is not a man, and she is in this movie.

No offense, but I’m not really picking up a Bill Murray vibe from anybody in this group. Or even Brian Doyle Murray. Everybody remembers Venkman, because he said interesting things in an interesting way. Maybe they don’t want to look like they’re just recycling that idea?

But that’s okay, that’s okay. This is going to stand alone as its own movie, with its own characters and plot and ghosts, piggybacking on a multimillion-dollar franchise that audiences have cherished for decades. It doesn’t need to give us any overt laughs, per se…

Oh, and Thor is in it! The guy who plays Thor, I mean. He plays a different character in this movie, and I think I heard he’s in some way subservient to the main characters. Hey, it’s about time, right? Imagine: a male secretary. Working for women. In 2016. I’m definitely running out to the theater to see that, as soon as I sweep up the shards of my precious patriarchy.

So that about covers it, I think. There’s really nothing else to say about this trailer, is there? Nope.

Well. Get ready to be expected to enjoy this movie, America. Don’t forget your proton packs, ha ha.

KNOCK KNOCK
who's there
GHOSTBUSTERS
shit
GHOSTBUSTERS WHO DON'T NEED ANY MEN AROUND, SO LAUGH OR YOU HATE WOMEN
i just wanted to see slimer