The number of immigrants and children born to them has increased to comprise one-fifth of the American population, according to a study by the Center for Immigration Studies.

Currently, 61 million immigrants and American-born children to immigrants live in the U.S., the highest number in years. In 1970, this group represented 6.6 percent of the U.S population. It now is 18.9 percent.

The Center for Immigration Studies found these numbers using Census Bureau data on America’s December 2015 population. The group defines immigrants are those who were not American citizens at birth, legal permanent residents, long-term temporary visitors (guest workers) and illegal immigrants.

Almost three-fourths of the immigrant population is legal. The other fourth, approximately 15.7 million, is illegal.

CIS estimates that between 2012 and 2015 roughly 900,000 children were born to illegal aliens. The estimate used Pew Research Centers data and factored in fertility rates, infant fatality rates and the frequency of illegal immigrants who leave the country or receive legal status. 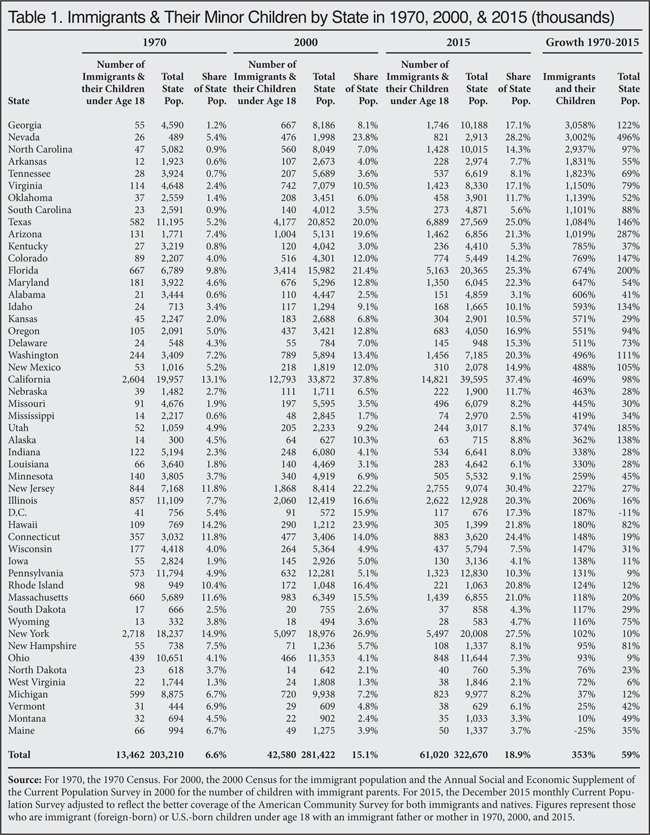