As the Daily Caller’s resident Social Justice Warrior, it’s my duty to inform you that the original Ghostbusters is misogynist hate speech and must be destroyed.

A lot of people love Ghostbusters, and it’s made hundreds of millions of dollars, which is why there’s now a remake. The filmmakers are counting on that beloved brand to lure audiences to the theaters. But there’s just one problem: All that money and public goodwill was earned by being deeply, deeply misogynist. That’s why it’s so important to smash the patriarchy responsible for the original movie by bringing us some new Ghostbusters without Y chromosomes.

I’d forgotten how rapey & problematic Venkman was in the original. Let’s hope the new #Ghostbusters sets it right. pic.twitter.com/EBKXkUxxsO

This is COMPLETELY inappropriate. There was no trigger warning, either. #Ghostbusters pic.twitter.com/cU9IkhrN30

Um… why does SHE need to know that, neckbeard? #Ghostbusters pic.twitter.com/QRSX63xaQz

Wow. Just… wow. What gives him the right to talk to her like that? #iliterallycanteven #smh #Ghostbusters pic.twitter.com/TnCv28Plhw

Jumping. Literally jumping. And what if she DIDN’T look like that, nerdbro? #Ghostbusters pic.twitter.com/3xOveGoqRi

YES! It shouldn't need to be said, Egon, but at least you're not a wraith-denier. #believewomen #Ghostbusters pic.twitter.com/z6SztFGWcG

Apparently there’s nothing in the #Ghostbusters bylaws about boundaries. How did this get made? pic.twitter.com/m7pDn3NHhh

“Do you live alone?” This is where she should be calling 911. Why is this billed as a COMEDY?? #Ghostbusters pic.twitter.com/cF1DLLLnpn

It’s called a rape metaphor. And not a particularly subtle one. #Ghostbusters pic.twitter.com/7GxZUqzcaI

Because that’s her place, RIGHT? GET IT??? #Ghostbusters pic.twitter.com/1jNZSxGMkf

Yeah. That’s what they all say. At FIRST. #Ghostbusters pic.twitter.com/3QWxUiG3A5

She does not consent. SHE DOES NOT CONSENT. #Ghostbusters pic.twitter.com/IWYT6UajTr

That’s it. I have fucking HAD it with this. I need to go take a walk. [picks up mattress over head] #Ghostbusters pic.twitter.com/mQHWGTztLT

That was all I could take, but I hope you’ve learned your lesson. Ghostbusters should be called Womenoppressors.

I did finally force myself to watch the rest of this celebration of misogyny, and if you can believe it, things actually get worse. I mean… “Keymaster”? “Gatekeeper”? REALLY??? #cisgender

Not to mention that a woman can’t give her consent if she’s possessed by a demon: 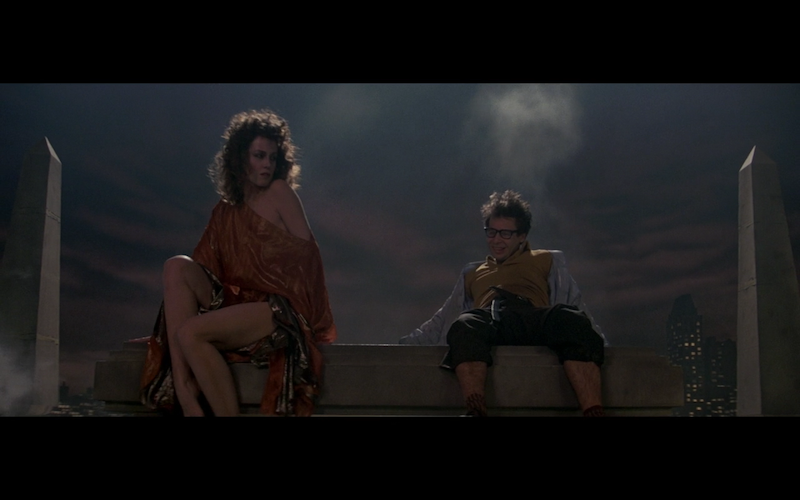 Counselors are standing by if you need to talk to someone about what you just saw.

I also made myself sit through Ghostbusters II, which was difficult for a number of reasons. The sequel eases up on the overt depictions of rape, but its underlying premise is even more harmful to women:

In #Ghostbusters II, Sigourney’s just there to “have a baby” and “take care of her baby” and “try to save her baby.” Ugh. #PlannedParenthood

It’s now clear to me that the new, no-penis-having Ghostbusters is here to redress the hate crimes of the originals. The previous movies will be erased from history, and the new one will take its place in our cultural memory. Think of it as gender reparations. That’s what I call social justice.

And if you have a problem with that, you hate women.

Bros React to Ghostbusters Trailer from Funny Or Die

Yes, it’s true. These gals have no dicks.

Now wipe away your male tears, bros, and line up for reeducation. Ghostbusters opens July 15 at a theater near you.

P.S. Ghostbusters II was forgettable, but at least we got a fun song out of it. (Did Bobby Brown ever do anything after this? I can’t remember.) And as you’re watching this video, keep an eye open for the requisite cameo from the last President of the United States!