Former NBA player Marcus Landry might want to consider giving his degree back to the University of Wisconsin after sending out a tweet that, to put it simply, butchered the English language.

Landry, who starred for the Badgers between 2005 and 2009, tweeted out his support for Greg Gard getting the head coaching job. (RELATED: Wisconsin Hires Greg Gard As Basketball Coach [VIDEO])

The only problem was that Landry had so many errors in his tweet that some on the internet mercilessly mocked him. 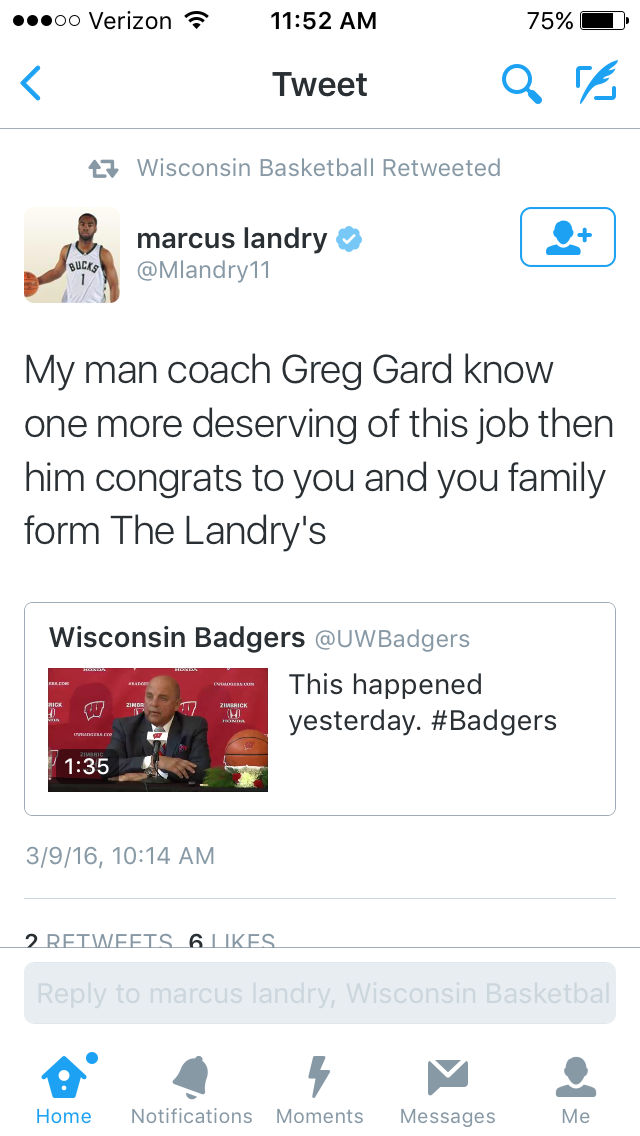 Nice to see that college education is paying off for Marcus Landry https://t.co/a4swIiQjBE

Luckily Landry seemed to be a good sport about it after deleting the tweet. (RELATED: Wisconsin Freshman Throws Down Insane Windmill Dunk)