Jesse Hughes believes the Paris attack was an inside job. 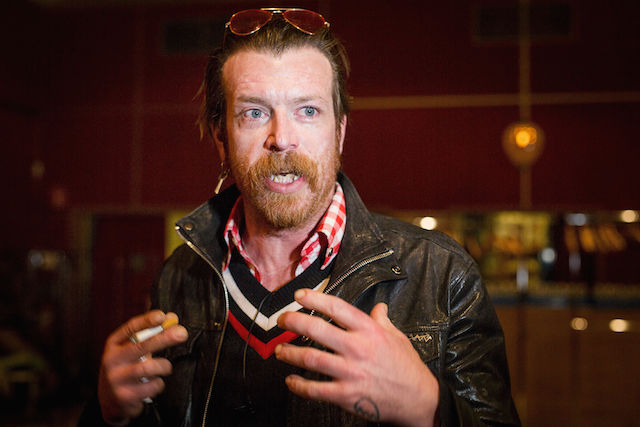 Hughes is the frontman for the band Eagles of Death Metal that was playing the Bataclan when terrorists opened fire and threw grenades into the crowd, killing 90 people. (VIDEO: ‘Eagles Of Death Metal’ Singer: Everybody Needs Guns)

During an interview with Fox News Thursday, Hughes said he was suspicious of the venue’s security guards — namely one in particular who wouldn’t make eye contact with him.

“I immediately went to the promoter and said, ‘Who’s that guy? I want to put another dude on,'” Hughes said. “And he goes, ‘Well some of the other guards aren’t here yet,’ and eventually I found out that six or so wouldn’t show up at all.”

Hughes said he wouldn’t make an official statement “out of respect for the police investigating.”

He did add that it “seemed rather obvious that they had a reason not to show up.” (PHOTOS: U2 Pays Tribute To The Paris Victims In The Most Heartbreaking Way)